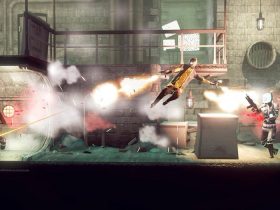 After it was revealed at The Game Awards 2017 last December, PlatinumGames has been unable to talk about what’s next for their Umbra Witch in Bayonetta 3.

The studio’s Hideki Kamiya and Atsushi Inaba were at the Bitsummit Roadshow: Tokyo stage event earlier today, where, DualShockers reports, they explained that the game’s development is “on course” and the team is “in sync.”

“It’s nice to be able to tell you that everything is going very, very well,” they added. “We’re all very excited about what we’re doing on that game.”

Kamiya and Inaba have previously spoken about how they must “raise the bar” with Bayonetta 3, and that the sequel would not exist without Nintendo’s support.