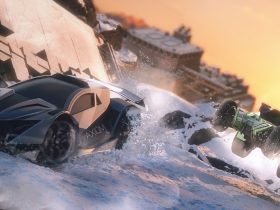 With Astral Chain revealed as a PlatinumGames-developed Nintendo Switch exclusive this week, Nintendo has moved to reassure fans about Bayonetta 3.

The developer has spoken about needing to “raise the bar” with the Umbra Witch’s next outing, and that the game would not have existed without support from Nintendo.

However, since it was first revealed at The Game Awards 2017, we have not seen or heard any more about it. Understandably, that has resulted in some concern.

“And speaking of PlatinumGames, I’m sure you’re very curious about Bayonetta 3,” Yoshiaki Koizumi acknowledged in this week’s Nintendo Direct. “Rest assured, the developers of Bayonetta 3 are hard at work, and I hope you’re looking forward to learning more.”

In the meantime, we can look forward to Astral Chain. NieR: Automata game designer Takahisa Taura is directing this Nintendo Switch exclusive action game, under the supervision of Bayonetta series creator, Hideki Kamiya.

It stars Neuron, a special police task force that must lead the fight against dangerous creatures that have invaded our world from another dimension. In battle you will wield Legion, a special weapon that humanity has created that will let you attack with different combat styles to topple your enemies.