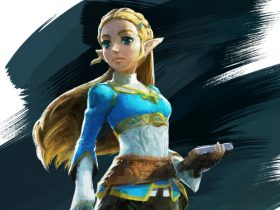 Before you start your mission to defend the triple star system from the Forgotten Legion in Starlink: Battle for Atlas, you will be prompted to connect your game to the Ubisoft Club.

With the promise that you can earn Club XP as you explore Atlas and unlock Badges that can be displayed on your profile, the real benefit comes in the Rewards that you can

Firstly, you will need to earn enough Units to unlock them by completing the Classic Challenges that are available – unless you have stockpiled Units from any other Ubisoft games that you have played.

These can then be used to unlock seven Rewards, whether that be wallpapers for your laptop or mobile, Rare Mods to upgrade your ship, bonus Electrum or Armor that will let your ship take more damage before it is destroyed.

Vistas of Atlas: Free (Common)
Show off your interplanetary travels with this pack of Atlas’s most stunning views & most notorious inhabitants

Welcome to Starlink: Free (Common)
Atlas is a dangerous place – protect your Ship with Uncommon Deflection Armor, and some bonus Electrum.