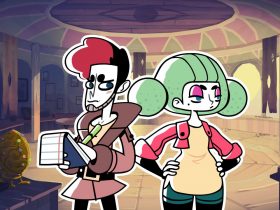 Solve A Murder In Tangle Tower On Nintendo Switch Next Week

“Hello everyone, I’m Tsunekazu Ishihara from The Pokémon Company,” he began. “Just the other day, we announced that Pokkén Tournament DX is coming to the Nintendo Switch.

“This is the latest version of the premiere Pokémon fighting game. Two people can dive right into battle using two Joy-Con controllers, so you can experience heated Pokémon battles with just one Nintendo Switch console. There are some fresh additions, including new Pokémon, and this deluxe version of the game will be on display at E3 for attendees to play.

“I have one more announcement. Game Freak has begun developing a core RPG Pokémon title on Nintendo Switch. It may not release for more than a year, but we hope you’ll look forward to it all the same. In the meantime, let’s enjoy this year’s E3.”