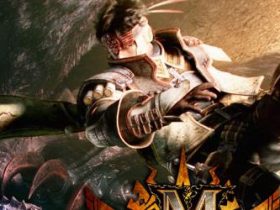 A new light shines on Alola! After the rumour had swirled last November, Pokémon Stars did not become a reality in today’s Pokémon Direct.

The first gameplay footage revealed two new Pokémon forms that resembled Legendary Pokémon Solgaleo and Lunala, with the games having been “powered up” with new additions to the story and features seen in Pokémon Sun and Pokémon Moon.

That news came after news that Pokkén Tournament DX will release on Nintendo Switch with new content.