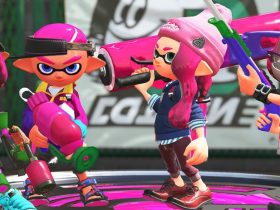 There has been quite a big wait for Nintendo fans to get their hands on Yooka-Laylee, the spiritual successor to the classic Banjo-Kazooie games on the Nintendo 64. Having already been released on other platforms earlier this year and cancelled for the Wii U, it’s reassuring that Playtonic Games has given Nintendo Switch owners a technically sound port. However, if you’re going in expecting a game that is on the same level as Banjo-Kazooie and suchlike, then you are going to be disappointed. That’s certainly not to say that it’s all bad though, it is just not in the same league. It also doesn’t help that it is releasing as a certain moustachioed plumber’s big game is still fresh in everyone’s mind.

Everything about Yooka-Laylee screams Banjo-Kazooie, so expect to see that name pop up throughout this review, as it already has. Just like Banjo, this also stars a duo – the chameleon Yooka and the bat, Laylee – on their quest to retrieve a magical book from an evil businessman, Capital B. Both of the characters act relatively the same as Banjo and Kazooie did respectively. Yooka is well-mannered and fairly easy going, whereas Laylee is a bit of a loudmouth and cracks jokes all the time. 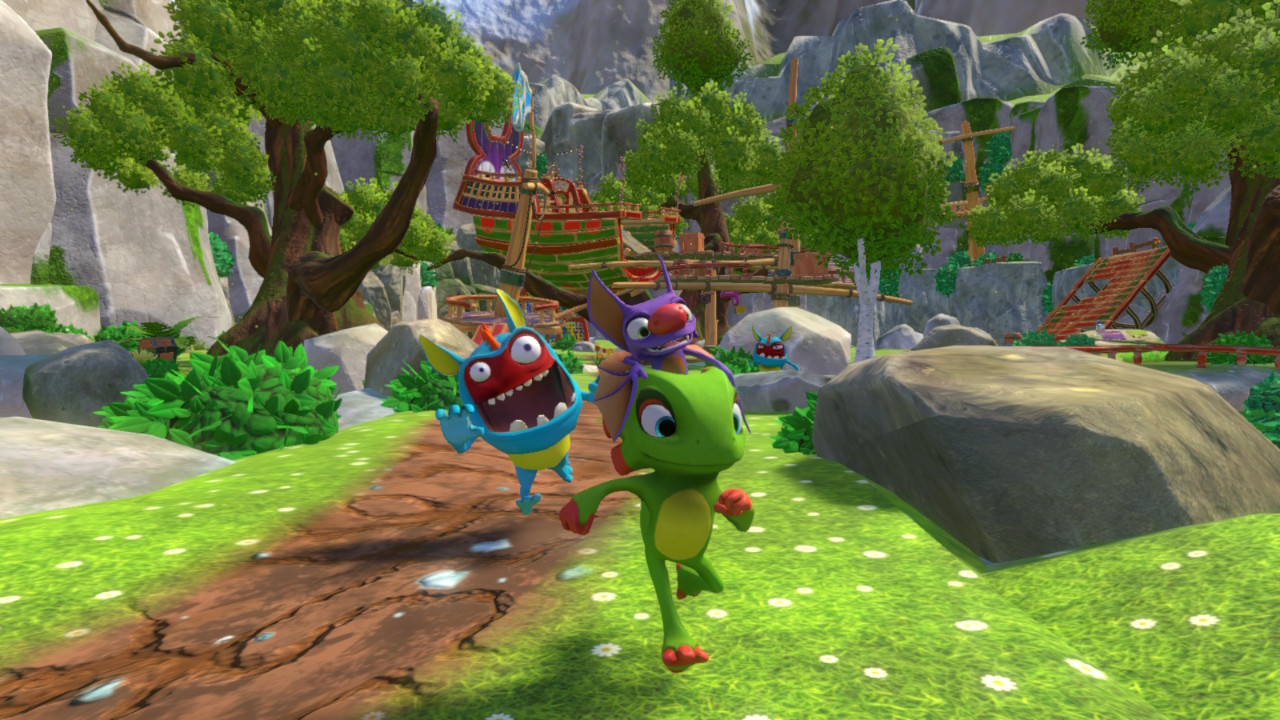 The game’s hub works in a comparable kind of way too. You are able to use ‘Pagies’ (this game’s version of Jiggies) to unlock levels. Gameplay also plays similarly, so if you grew up with the Rare games of old then you should have no problem getting through this without too much hassle either. I have to say though, that’s really the core of Yooka-Laylee’s problem, though. It’s heavily inspired by the great Rare collect-a-thon platformers of the late ‘90s and early 00’s, but it plays like a reduced version of all of them. You might have thought that in this day and age it could have surpassed and played much better than all of them, but alas, it simply doesn’t. I feel like the developer let what came before hold them back somewhat, rather than coming up with brand new ideas and having something different to offer.

Even when looking at the levels in Yooka-Laylee, I wouldn’t say any of them are particularly bad, except the fourth which is simply an absolute chore to get through. It’s just that the games that came before all had such memorable levels that were a joy to explore and, even now, I can recall them clear as day. Here, they sometimes feel a bit like they were slapped together, and as such, they’re just not that memorable and sometimes collecting everything in them feels like too much hard work because the layouts can be very confusing. Maybe it would have benefitted from having some form of map system in place. 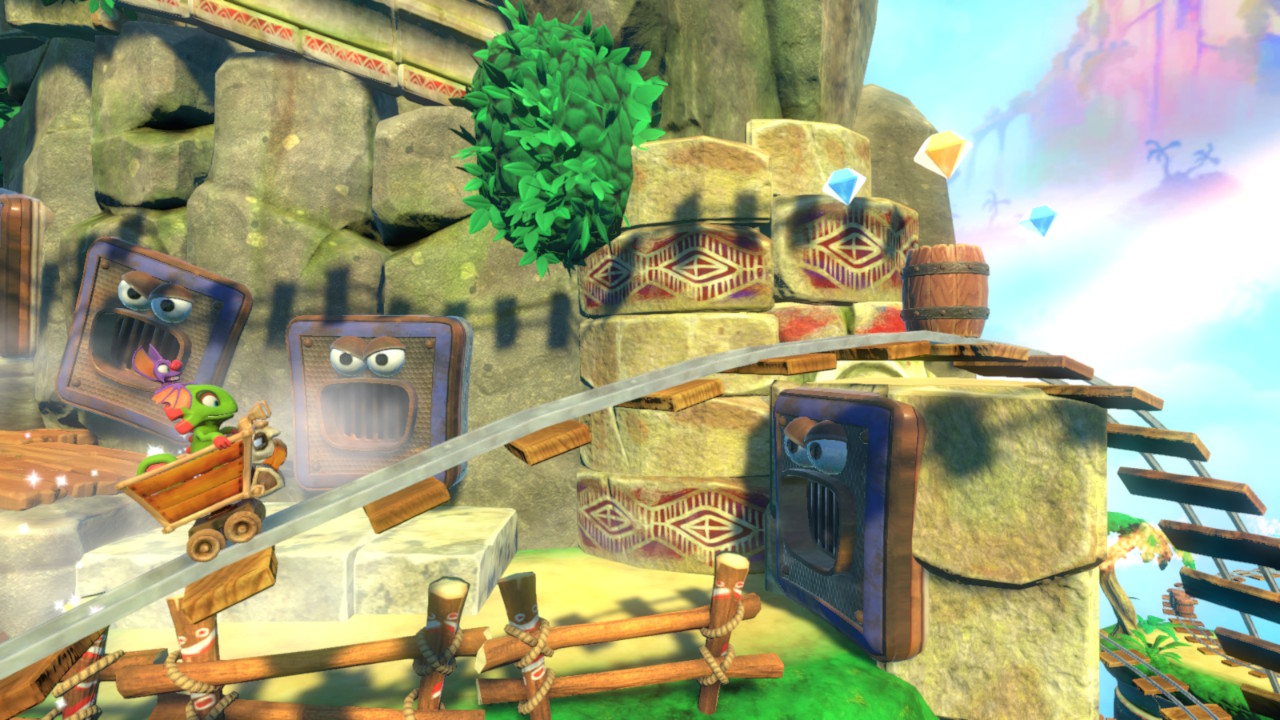 Yooka-Laylee features an array of really cool moves (I won’t go over all of them in case I spoil anything for you). Again, just like in Banjo-Kazooie, Yooka and Laylee can perform special moves as a pair and separately after unlocking them through Trowzer, who is this game’s version of Bottles. A lot of the moves found back then also translate here too but with a different spin on it. So as opposed to the Talon Trot from Banjo, we instead have a rolling move that allows the player to traverse up steep hills in Yooka-Laylee. Other moves include a version of a ground pound and glide.

The music is definitely one of the highlights of the game. I absolutely adore it, but it’s safe to say that because it stays so close to the Banjo score, it’s hard to consider it truly great because Banjo is, again, better in that regard too. It’s not all good though as there are some dodgy sound bites here and there though, and occasionally the sound does stutter slightly, but it’s nothing major and I’m sure that the developers will have that patched up in due course. Characters also grunt and chatter in the same way as they did in the Nintendo 64 days, and it’s still nowhere near as annoying as it should be.

The 3D platforming genre is sadly dying out, but it’s one of the reasons why Yooka-Laylee was so highly anticipated in the first place. It, unfortunately, doesn’t hit all the right notes and I think that everybody that has followed this game from the very beginning, expected a little bit better. Maybe it is indeed us that have hyped this game up too much, but I also think that when you label your game as a spiritual successor to Banjo-Kazooie, you’re kind of adding that hype up yourself. It’s not a bad game by any means, however. By following the Banjo blueprint already set out, the fundamental gameplay elements on offer are superb and Yooka-Laylee is still fun, mostly. It’s a solid start for Playtonic, I just hope that with their next game, they let their talents run wild rather than sticking too close to the subject matter.