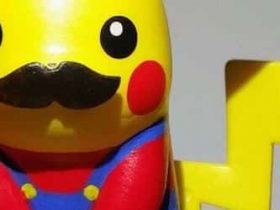 We’ve been here before. Head of Xbox Phil Spencer has stood tall to deplored fanboyism, shared the respect that he has for the company’s competitors, and now, on the eve of E3 2014, he’s complimented Nintendo’s pedigree.

Saying that he unexpectedly shared a flight to Los Angeles with Nintendo of America employees, Spencer went on to share what he was looking forward to at the show.

“It’s been a great beginning of this generation for Sony specifically, I think they have had an amazing start with PlayStation 4. They’re in a great position rolling into this E3, they’ve got an amazing first-party, a great console, I’m really excited to see what games they show,” Spencer discussed with Major Nelson.

“Nintendo are, in my opinion, the best first-party on the planet. When you think about the legacy they have, the franchises they have. You’ve got EA, Activison, Ubisoft, Take-Two, you have great publishers here, great platforms here. It’s going to be a good E3 for gamers.”