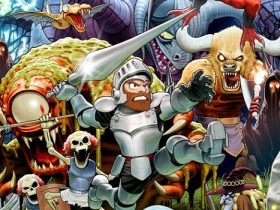 With Nintendo having announced that Wii U is to receive third-party support from two games that utilise the Unreal Engine 3, it would seem that Epic Games are to boost the initial software line-up for the console.

Unreal Engine 3 has been a fundamental pillar to some of the most successful games released within the past five years, yet it was unable to be utilised with the Wii.

Its incorporation with the Wii U will ensure that many forthcoming key titles will be able to release on Nintendo’s new platform, with licensees including Activisoin, Capcom, Konami, 2k Games, THQ, Ubisoft, SEGA, Sony, Electronic Arts and Square Enix.

Whilst it hasn’t been officially confirmed, last month Epic Games’ vice president Mark Rein had commented that “the second Nintendo releases a piece of hardware that can run our engine well, we’ll be on it like water on fish.”

This was then followed up yesterday, when he added “Water, meet fish!”