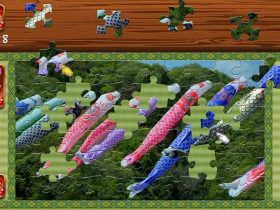 First, there was the unexpected Mushroom Kingdom crossover in Mario + Rabbids Kingdom Battle, and, at E3 2018, we learned that Fox McCloud would pilot his Arwing in Starlink: Battle for Atlas.

Now, Ubisoft CEO Yves Guillemot has shared that those “surprise” collaborations will continue and that you can look forward to seeing more whenever they are ready to be revealed in the future.

“It is very strong because we have done many things together in the past,” Guillemot explained, responding to a question about why Ubisoft’s relationship with Nintendo is as strong as it is and whether such collaborations will continue.

“The Nintendo brands and their capacity to create fantastic games is really something that our creators in Ubisoft love, and when they can collaborate with Nintendo they are extremely happy to do so. So, yes it will continue, and I hope we will be able to surprise you with new things in the future.”