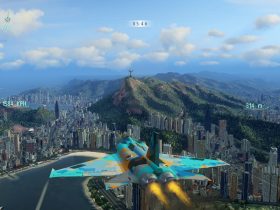 Sky Gamblers: Afterburner Soars Through The Skies On Nintendo Switch

The sequel to the award-winning Torchlight was originally developed by Runic Games, and, now coming to the portable home console, you will have the chance to relive the classic hack ‘n’ slash action RPG.

You play as an adventurer that sets out to explore Vilderan – a sprawling continent that’s become populated with monsters, with secrets to uncover.

The Nintendo Switch port has introduced enhanced controls, an improved targeting system, a new interface designed specifically for console, and the chance to connect multiple consoles to play over a local wireless connection.

Torchlight II will release at retail and on the Nintendo eShop for Nintendo Switch worldwide on September 3rd priced at $19.99.