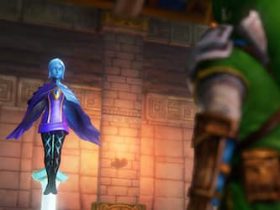 THQ were once developing a first-person co-op beat ’em up for release alongside 2012 blockbuster Marvel’s The Avengers, as extensively uncovered by Unseen64.

With THQ Studio Australia fronting development, pre-production began on the project in August 2010 – being destined for Xbox 360, PlayStation 3, PC and eventually ported to Wii U. Initially planned as a third-person action adventure, the game’s narrative was entirely unrelated to the film and, penned by Brian Michael Bendis, saw The Avengers contend with a Skrull invasion led by an enormous mother ship. Spider-Woman was to play a side role, although would later be revealed as Skrull Empire queen Veranke in disguise after intense interrogated by SHIELD’s Nick Fury.

Iron Man, Captain America, Thor and Hulk were playable, with the development team working toward Hawkeye, Black Widow, War Machine and Ms Marvel’s inclusion. Non-playable characters were to see appearances by Vision, Ant-Man and Ultron, although it hadn’t been settled on how they would be implemented.

The project eventually shifted to a first-person perspective, mainly to differentiate it from previous Marvel outings, with an Avengers Training Academy idea touted to use Microsoft’s Kinect device as an Xbox 360 exclusive mode. Co-operative play was key to the experience, with four players joining the fray either in local split-screen, online, or the two combined. That was ambitious, but a core pillar to the game’s continued development.

Unseen64‘s article continues with combat and AI system discussion, plentiful concept art, and tidbits from developers that formerly worked on the project before it was cancelled when THQ shuttered the studio in 2011.