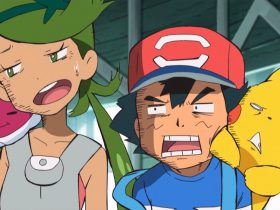 No, The Core Pokémon RPG For Nintendo Switch Has Not Been Delayed

One of the most revered game studios within the video game industry is, without question, an independent development company known as PlatinumGames. The company’s first video game release was Wii exclusive beat ‘em up title MadWorld in early 2009. Following the launch of MadWorld, Platinum went on to develop Infinite Space for Nintendo DS, and proceeded to make a name for themselves on Nintendo platforms by releasing a cavalcade of exclusives; of which include Bayonetta 2 and Astral Chain.

With such an impressive work résumé, it is obvious as to why the gaming community holds PlatinumGames in such high regard. Though the development studio has many respected releases, some failed to resonate with their original audience and struggled to find commercial success. One of these projects being The Wonderful 101 for the Nintendo Wii U. With seven years now passed, the Wonderful 101 Remastered looks to discover success on the Nintendo Switch; but is the adventure good enough to revisit?

The Wonderful 101 Remastered is a brilliant game on many levels. Anyone who watched Saturday morning cartoons, or the Power Rangers knows about over-the-top, zany action and The Wonderful 101 conveys an unadulterated form of entertainment that will leave you in awe. The game is creative, wild, and never ceases in impressing the player – whether it is with new characters or memorable boss battles. This is a game that delivers on every aspect of what a video game should be.

The best words to describe The Wonderful 101 Remastered would be: energetic and imaginative. The Wonderful 101 is energetic by its very nature. It is a fast-paced action game that features tons of stylish moves, upbeat colors, and a lively cast of characters – both the heroes and villains. It feels as though the game is constantly throwing new content at you and testing your battle skills a little more with each progressive fight. There is always something happening that keeps your attention.

For those looking to get greater rewards from the game’s deep combat system, swapping heroes on the fly to pull off move combinations requires patience and quick reflexes. Once you form a mastery of the game’s combat system, the combinations maneuvers will quickly destroy any enemy and earn you big points. The Wonderful 101 has a steep learning curve and leaves much of the combat system unexplained, thus requiring the player to delve deep and discover the best means of using each character and their specific weapon-type to their utmost.

Only the basics of The Wonderful 101 Remastered are explained to the player. Most of the game is left to the player to discover – like buying a blocking skill before starting the first mission. This may confuse some at first, but it also allows the game to advance with strong pacing as there are no lengthy tutorials to be found. Many of the game’s abilities are tied to a marketplace, and this allows everyone to play and experience the game differently. Perhaps you don’t want the ability to block and reflect attacks during a playthrough, hence giving yourself a greater challenge. The Wonderful 101 Remastered experience can be whatever you want it to be.

The Wonderful 101 Remastered is imaginative in its delivery and concept. With a comic book look and feel to it, the game expresses a sense of bringing a comic to life. With colorful characters like Wonder Red, Wonder Pink, Wonder Blue, or Wonder Green, their distinct personalities are brought to life with humorous dialogue. Each character also has his or her weapon type and unique abilities – for instance, Wonder Blue can reflect energy beams and absorb lighting with his sword.

Creative thought also extends towards many of the game’s major battle sequences as you never know what to expect. One moment you will find yourself piloting a ship through a city skyline while battling a two-headed dragon. Immediately following that thrilling sequence, you may find yourself crossing swords with a giant alien villain. The Wonderful 101 Remastered consistently introduces eccentric ideas and delivers them with perfection.

Seeing as how The Wonderful 101 was originally designed to exploit the Wii U GamePad in unique ways, there are a few sequences that had to be reworked to make the game a more suitable fit for the Nintendo Switch. While the Wii U GamePad would house an alternative perspective for a select number of puzzles and battle sequences, the Wonderful 101 Remastered now employs a picture-in-picture solution to convey a similar effect.

Furthermore, the GamePad touchscreen would allow the player to draw the necessary shapes to trigger Wonder powers or one could use the right analog stick to make the game. The latter remains an option, but users can also use the Switch touchscreen to draw the shapes. This gives handheld play a slight advantage over docked.

Some may find that they need to rush to draw these shapes; however, this is not the case. The action happening in the game will temporarily slow, thus giving you enough time to draw the desired shape accurately. If you rush, though, you will encounter instances of the game not recognizing your shape or it may accidentally identify it as another, consequently calling forth the wrong hero.

A minor inconvenience found in The Wonderful 101 stems from the game’s camera system. It can be challenging to pick out your character among a crowd of nearly a hundred allies and dozens of enemies. Your hero will have a glowing aura around them to help you keep track of them, but there are times it can prove difficult. This problem is enhanced during handheld play sessions. It would have been welcome had Platinum reworked the camera system with this Remastered release.

When the Kickstarter campaign for The Wonderful 101 Remastered was introduced earlier this year, one of the core promises was that the Nintendo Switch release would be 60 frames per second – a clear improvement over the Wii U version. Unfortunately, that is not the case. The Switch version is near identical to the Wii U version when it comes to performance. The frame rate dips during busy action sequences. Of the two play mode options – undocked vs docked – it feels as though undocked performs slightly better.

Admittedly, the dips aren’t severe enough to detract from the events transpiring on screen; but it is still disappointing that the promise of 60 frames per second was not achieved. In effect, labeling the Switch version a Remastered release feels misleading, as the game feels more like an enhanced port – mostly due to the resolution boost.

Anyone who enjoys superheroes, comics, or fast-paced action games will love The Wonderful 101 Remastered. The game could have used a few more quality of life improvements — like the camera system, a noticeable boost in frame performance, and better explanation of in-game combat systems. At its core, it is the same game you played on the Wii U – for better or worse.