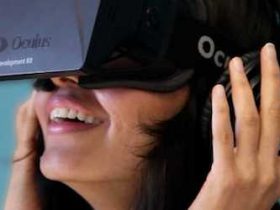 Khan: Nintendo should invest in Oculus Rift, SEGA or Capcom

The second part of the series, Eyes on the Prize, is now available to watch, resuming the competition where a rivalry is heating up between Team Dark and Team Sonic.

From trickery to teamwork, each team is trying their hardest to take first place. With the finish line in sight, only one team can take home the victory!

Team Sonic Racing will release for Nintendo Switch worldwide on May 21st.