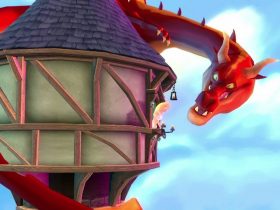 The Knight And The Dragon Out On Nintendo Switch Next Week

SEGA has announced plans to release a Sonic Forces Bonus Edition, that will be made available for a limited time only at participating retailers.

This will contain a physical copy of the game, four Sonic Forces art cards, a controller skin for the Joy-Con Grip, and the SEGA/ATLUS Pack add-on, that has 13 in-game outfit items and accessories that let you recreate gaming icon costumes for your Custom Hero Character.

The in-game items and accessories that come with that add-on are listed as the Jet Set Radio glasses and outfit, Persona 5 mask and outfit, PuyoPuyo hat, Super Monkey Ball ears and outfit, NiGHTS hat and outfit.

Those that pre-order the Sonic Forces Bonus Edition at participating retailers can also receive the Shadow Costume for their Custom Hero Character.

Developed by Sonic Team, Sonic Forces will let players experience fast-paced action as Modern Sonic, catapult past perilous platforms as Classic Sonic, and use powerful new gadgets as their own Custom Hero Character.

Sonic Forces will see release on Nintendo Switch in Europe and North America on November 7th, and in Japan on November 9th. 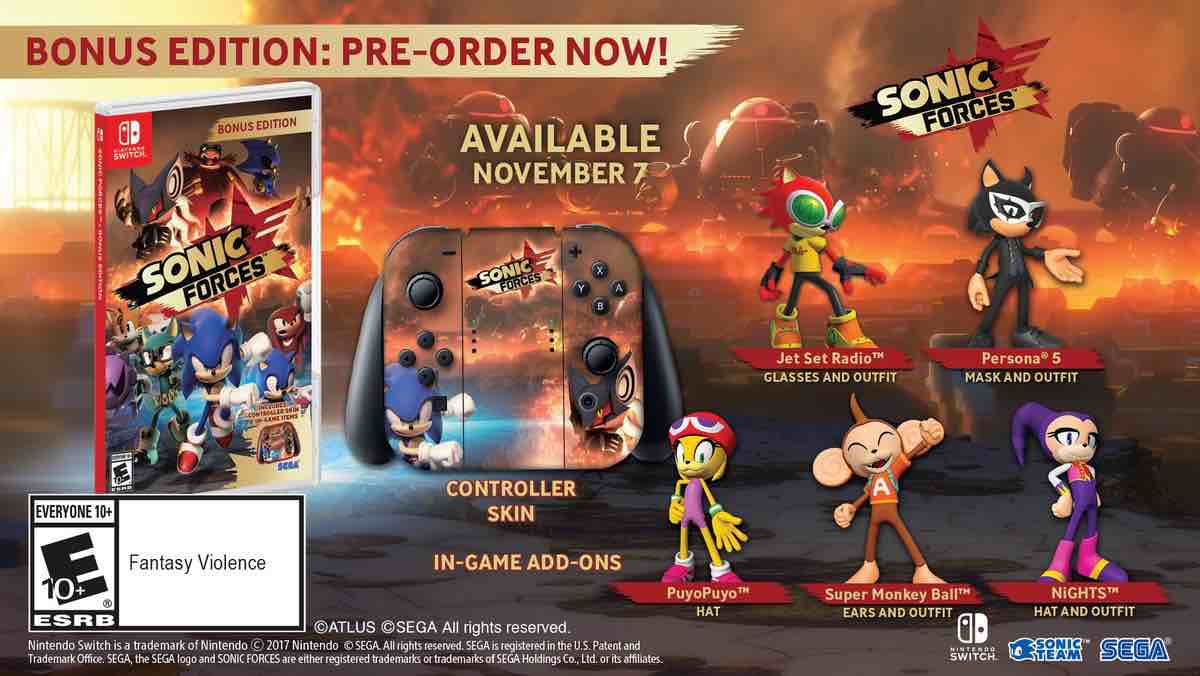