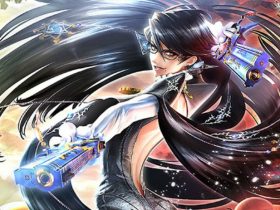 Valiant Entertainment and Nightdive Studios have released the first trailer for Shadow Man Remastered, which is in development for Nintendo Switch.

The classic Acclaim Studios-developed action-adventure game was originally released for Nintendo 64, PlayStation, Dreamcast and PC in 1999, and now makes a return on the portable home console.

Shadow Man is a brave and powerful supernatural hero who must protect humanity from the sinister demons that lurk in the Deadside and spill into our world.

The developer will update the game using their proprietary KEX game engine, which has been used for other restorations that have been released on digital platforms, such as System Shock: Enhanced Edition, Turok, Turok 2: Seeds of Evil, Blood, and Forsaken Remastered.

The remastered version will add new features, although not all will be relevant for Nintendo Switch, include:

Shadow Man will release on the Nintendo eShop for Nintendo Switch worldwide in 2021.