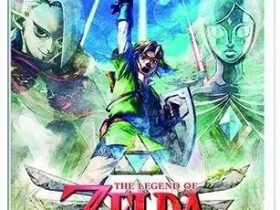 An interview within the latest issue of Nintendo Power has revealed the reasons behind the decision not to release Sonic Generations for Wii, despite the recent success of Sonic Colours on the platform.

Takashi Iizuka, Sonic Generations’ Producer, cited the core concept of the game as the issue – with the Wii unable to output the desired high-definition visuals for the re-imagined classic zones. Instead, SEGA decided to create a unique Nintendo 3DS version.

“The primary goal for the console versions of Generations was re-imagining the series’ classic zones in vivid, high-definition graphics,” Iizuka commented. “The Wii hardware wasn’t a good fit for that concept, so we abandoned development on that, and decided that for our Nintendo audience, we would make a fresh start with a Nintendo 3DS version of Generations.”

It’s an enormous shame considering that Sonic Colours sold nearly 2.2 million copies across Wii and Nintendo DS, but it would seem that the arrival of Project Café can’t come soon enough.