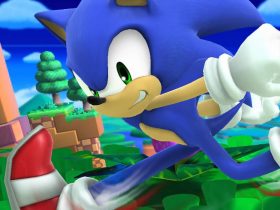 Following the ESRB leak last week, SEGA have today formally announced that they are to release Aliens: Infestation for Nintendo DS this September.

Within the title players will be able to recruit and play as nineteen different marines, each with their own unique dialogue, as they explore iconic environments from the Aliens franchise including the Sulaco, the Derelict ship, and LV-426.

Developed by WayForward in collaboration with Gearbox Software, Aliens: Infestation is described as being “an action-heavy side-scrolling exploration game” that serves as an expansion to the Aliens universe. You’ll be pitted against the overwhelming Xenomorph hive and must utilise an iconic arsenal of weaponry and tools from the series.

Featuring character designs by popular comic artist Chris Bachalo and equipped with an upgrade and collectibles system, Aliens: Infestation will allow players to explore large-scale versions of some of the most fan-beloved environments of the iconic films.

“In contrast to our other Aliens title in the works at the moment, Aliens: Infestation delivers a game that focuses more on exploration of the expanded universe,” comments Gary Knight, Senior Vice President of Marketing at SEGA West. “WayForward really put all their passion into making Aliens: Infestation the definitive Aliens experience that you can fit in your pocket.”

Aliens: Infestation is currently scheduled for release in September 2011, and you can find more information regarding the game at http://www.sega.com/aliensinfestation.