If you asked me to count the number of times I’ve bought a version of the original Sonic the Hedgehog over the years I’d have a tough job delivering an accurate figure. Outside the Mega Drive original, I’ve found myself dabbling in numerous compilations (Sonic Mega Collection on the GameCube and Sonic Classic Collection on Nintendo DS to name a few), a Virtual Console release (as well as the PS3 and Xbox 360 editions) and even an updated 3D version most recently on the 3DS. Believe me, there are more even beyond that.

Which brings us to Sonic the Hedgehog for Nintendo Switch, one of the first releases in the new SEGA AGES line and what many will jokingly say feels like the hundredth version of the game. Sure it may be yet another re-release of the Mega Drive classic, but the game comes with a few neat bells and whistles that make it worth at least considering.

What is there to say about this game that hasn’t already been said hundreds of times over? For the benefit of the two or three out there who might not know of SEGA’s iconic title, Sonic the Hedgehog is a 2D platformer that focuses on making the blue mammal run through rollercoaster stages as quickly as you can and defeating the evil Dr. Robotnik. Being the first in the series, you’ll find later additions like a playable Tails and Knuckles or multiplayer absent, however, that doesn’t detract from what is still a great platformer. 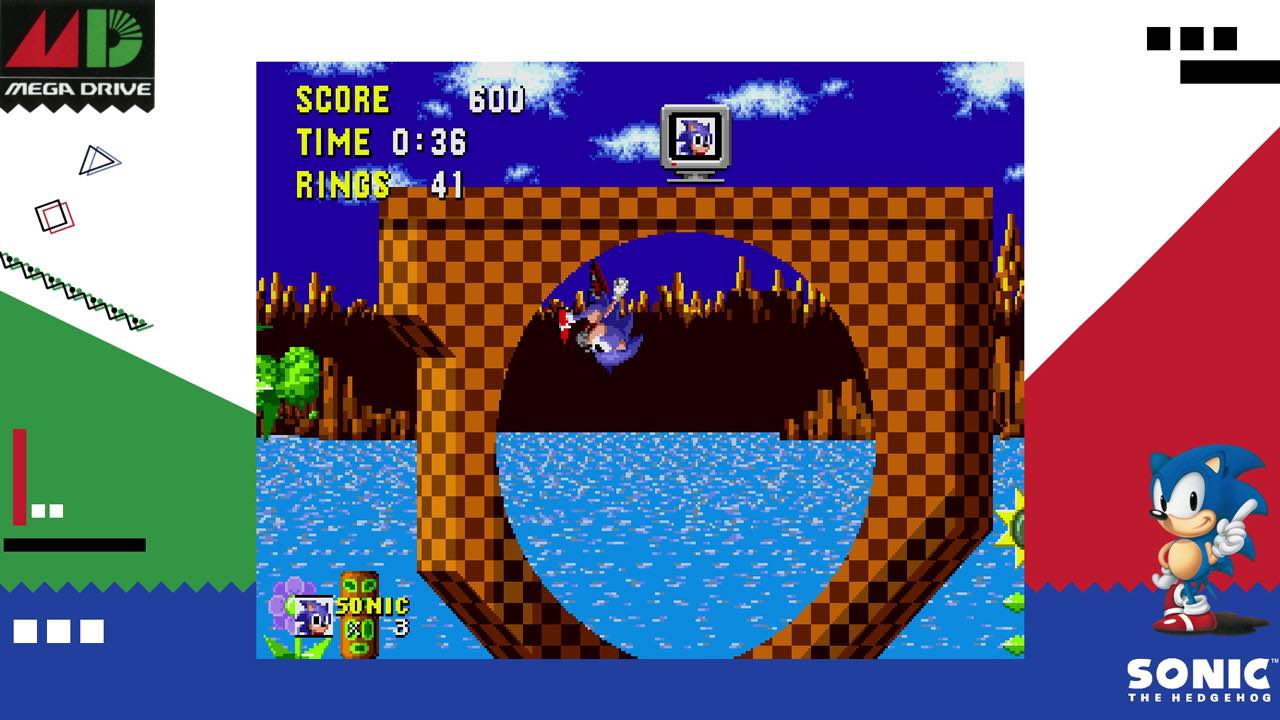 So what has M2 added to this version? The Spin Dash ability – introduced in Sonic the Hedgehog 2 – has been included along with the Drop Dash from Sonic Mania giving the game a newer sense of speed. It’s odd being able to perform these more modern abilities in the very first Sonic title but at the same time, their implementation feels very natural.

In terms of modes, the game allows you to play the original game in both its Japanese and international form – start to finish or by selecting stages – along with what is called Mega Play (an arcade release that upholds strict time limits in each of its acts). Ring Keep meanwhile lessens the cost of taking a hit as Sonic with only half your rings being lost. You could almost think of this as an easy mode. Also included is a challenge mode that records your best time and compares it with others via online leaderboards.

In terms of display options, you’ll find a selection familiar for these sorts of re-releases whether you want to view the action in its original form, stretch the screen out or even include scan lines for those that want a more ‘authentic’ experience. The borders too can be altered to a duo of differently coloured patterns and a single artwork. 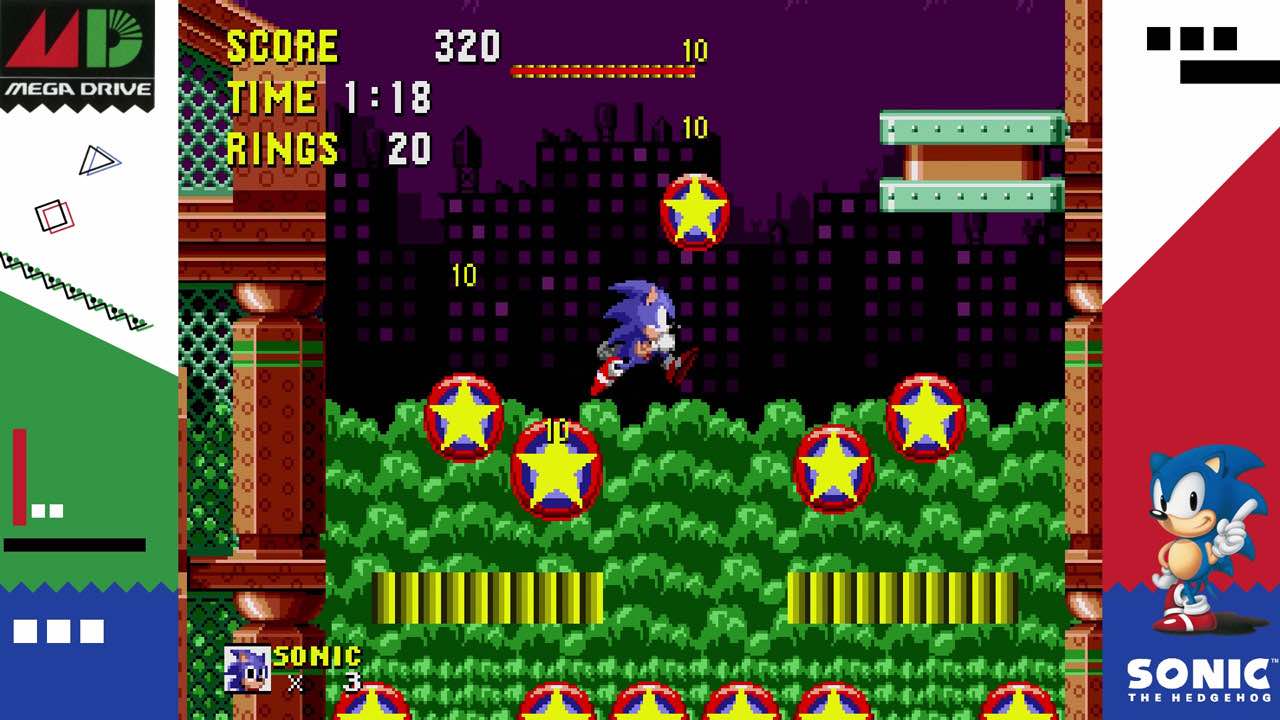 Could more be done for this updated release? From a gameplay perspective, M2 have stuck the landing, delivering an experience that stays true to the original release whilst also injecting a few more modern-day features. If I were to be nitpicky though, I might argue it would’ve been nice to see some stronger fanservice when it comes to extras such as artwork or any sort of bonuses from within the SEGA vaults. The more recent Mega Man and Street Fighter compilations from Capcom, for example, have impressed with their quality in terms of illustrations and art and it would have been really nice for Sonic fans to see similar treatment here.

It turns out that Sonic the Hedgehog is still a fun game and, thanks to M2’s input, this is one of the better versions out there. Sure, you could argue the hedgehogs’ best days were yet to come – its three Mega Drive sequels improving on the original in many ways. However, if you’ve yet to experience this classic or fancy a trip down memory lane this is a great way to go about it.