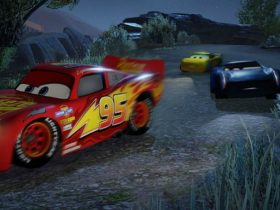 Cars 3: Driven To Win On Nintendo Switch Is An Argos Exclusive In The UK

Not even 24 hours after the Persona 5 S teaser website went live, it appears that Best Buy has now leaked upcoming news about a Persona 5 port for Nintendo Switch.

This comes after the retailer had seemingly managed to leak Joker’s character render for Super Smash Bros. Ultimate at the weekend, but now throws in the suggestion that the lauded Japanese role-playing game will see release on the portable home console.

Twitter user MysticDistance was the first to spot an otherwise suspicious Imgur photo dump that showed the port on Best Buy’s employee system, before Wario64 stepped in to confirm that it was on the retailer’s system.

The bad news is that we’ll have to wait to find out the truth. ATLUS has promised to reveal Persona 5 S on Thursday 25th April, when the company will host the second Persona Super Live P-Sound Street 2019: Welcome to No. Q Theater! concert at the Ryougoku Kokugikan in Tokyo.