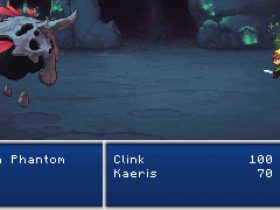 Evoland Legendary Edition Out On Nintendo Switch This Week

Best Buy appears to have leaked Joker’s character render for Super Smash Bros. Ultimate, the leader of the Phantom Thieves of Hearts who will be added to the mascot brawler as a playable character next month.

This can be seen in the retailer’s Weekly Ad (March 31st – April 6th, 2019) on a page advertising upcoming Nintendo games, where Reddit user hinata2000100 spotted that the Joker render had been used to help promote the Fighters Pass that will add five fighters and stages as downloadable content. The render hasn’t been matched up with any others that are online, leading to the rumor that it has been created for the Nintendo Switch exclusive.

Nintendo has confirmed that Joker will become available as a playable fighter “before the end of April,” with plans for the major version 3.0.0 software to land in update spring.