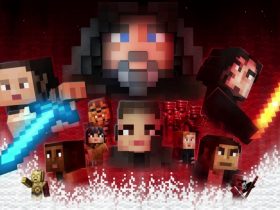 Nintendo of America president and COO Reggie Fils-Aimé has spoken about what’s to come for Nintendo Switch in 2018, with his response touching on first-party exclusives, Nintendo Labo, and the Nintendo Switch Online service.

The company has promised that the subscription-based service, which launches in September, will be “worth the wait.”

It will be required to play online on Nintendo Switch and use the Nintendo Switch Online app, with subscribers to receive a free classic game each month and have access to exclusive deals.

“Our Nintendo Direct on March 8 detailed a lot of what’s on the horizon. The headline, of course, is that an instalment in the Super Smash Bros. series is coming to Nintendo Switch,” Fils-Aimé explained to Game Informer.

“And of course we have the launch of Nintendo Labo on April 20, which delivers a whole new way to make use of Nintendo Switch and the Joy-Con controllers. With each Nintendo Labo kit, players can transform modular sheets of cardboard – specially designed to interact with Nintendo Switch and Joy-Con – into interactive Toy-Con creations like an RC car, piano, motorbike, or robot. Users can then play with their creations using the included software, and even discover how they work.

“Finally, we’re looking forward to providing a robust online experience for users through the launch of the Nintendo Switch Online service this September.”