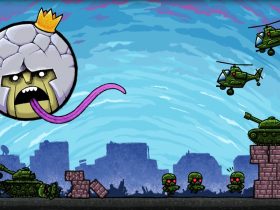 Having the pleasure to play Psikyo Shooting Stars Alpha and Psikyo Shooting Stars Bravo with both review codes skipping onto my Nintendo Switch hand-in-hand, I got to experience them together as if they were meant to be played in such a way. However, the reality is that they are both marketed as two separate collections with each of them strapped-in at a rather high price point. While the contents packed within the two volumes are certainly a must if you happen to have a taste for good old arcade shmup, the question is do the collections really do enough to be worth the double investment?

To cut to the chase the answer very much depends on what you really want, and expect, from both anthologies. If you’re like me and desire to use the Nintendo Switch as a portable time capsule to contain the emulated spirits of classic games, then yes, they are both absolutely worth the plunge. However, unlike previous compilations that have made their way to the system representing the likes of Capcom, Konami and classic SNK, there are no extra features whatsoever to celebrate Psikyo’s history in either Psikyo Shooting Stars Alpha or Psikyo Shooting Stars Bravo.

What you do have though, are gems found within each volume that happen to stand with kings amongst the genre. Yet, while Psikyo Shooting Stars Bravo could be seen as the slightly weaker package of the two, it’s certainly still no slouch when it comes to highlighting some of the best entries the Japanese developer had to offer.

As you switch on Psikyo Shooting Stars Bravo, the first game to pop up is Samurai Aces to lead the carousel of games. This makes sense, as It was the first game developed by Psikyo, a studio coined up by a workforce who previously shared their talents on Video System’s arcade game, Aero Fighters. Inspired by the mythologies of feudal Japan, Samurai Aces would epitomise the gameplay foundations sewn into the team’s eventual flurry of vertical shooters.

The sequel, Tengei, would no longer stick to the vertical scrolling roots, but rather switch the formula at a 90-degree angle – making it the developer’s debut horizontal shooter. The selection screen of characters carries on over from the first game with some of the cast being swapped out for new warriors. While it precedes Psikyo’s other horizontal shooter Sol Divide (a game presented in the Alpha package) it turns out to be a far better game overall in pretty much every way.

The final game in the Sengoku series is Samurai Aces III, which turns out to be the only addition in either collection not to have been developed in-house by Psikyo themselves but rather outsourced to X-nauts – who eventually acquired the Psikyo licence. It was originally a PSP exclusive and the only game across both volumes unavailable to be purchased individually as a standalone title on the Nintendo eShop.

While the first two Sengoku games are classics in their own right, Samurai Aces III (otherwise known as Sengoku Cannon) never quite lives up to the quality of the better Psikyo shooters available on the system. The mixture between low-res 3D polygonal backgrounds and 2D sprites somewhat cheapens the experience to a noticeable degree. There are some cool little touches here and there, but overall, it easily sits in third place amongst the trilogy.

Gunbird 1 and Gunbird 2 on the other hand, is Psikyo at its finest. The colourful steampunk aesthetic sparingly mixes the sense of style of One Piece with a touch of Studio Ghibli. The trademark endeavours that the player learns to recognise when it comes to a Psikyo shooter are plastered across the board. Transforming bosses, a tougher second playthrough and power-ups that tend to bounce into risky territory when desperately scrambling to reobtain them back after a life is lost. These are features that quickly become recognisable tried-and-tested trademarks that you learn to adore from Psikyo, and it’s easy to see how both the Strikers 1945 and Gunbird series would play an influence to more modern arcade shooters such as AngerForce: Reloaded and the excellent Sky Force Reloaded.

Gunbarich, the sixth and final game in the roster, takes the mould of the Gunbird universe and wedges itself in as the oddball of the group. It’s pretty much a block-breaker clone with light pinball elements and the youngest entry across both collections. It tries its hand to freshen up an old-school formula of breaking blocks with a bouncy ball, yet, evidently, it is just the same Pong-influenced gameplay mechanics that we have seen a million times before with a few bells, bosses and whistles attached.

If I was to score each game across both collections individually, at least half of them would mark higher than what I have plastered at the bottom of both reviews. The ports look great and play well with little to no input lag noticeable from my own personal experience. Yet, as far as bundled collections are concerned, it’s hard to ignore that both volumes are bog-standard in presentation with no extra content outside a few basic in-game options like Tate mode and difficulty adjustments to toggle around with. There are limited edition physical versions of both compilations with soundtrack CD’s, a small art book and several card prints that will ultimately cost a pretty penny to bag them both. Whereas, combining both volumes digitally on the Nintendo eShop will still see you having to fork out the equivalent to purchasing a SNES Classic Mini.

Yet, In spite of the high price point, I still couldn’t really see myself ever feeling ripped off as I sunk hours into both the Psikyo Shooting Stars Alpha and Psikyo Shooting Stars Bravo collections. In fact, I would whole-heartedly recommend anyone to dip a toe into at least one Psikyo shooter as most of them can be purchased separately on the Nintendo eShop. Many of the games across the two-volume library have the potential of chewing away dozens of hours obsessively besting that last high score, or reaching that little bit further – especially under the default and recommended conditions of three lives and two continues. Furthermore, to be able to legally own forgotten treasures such as these so easily from a studio that no longer exists is always both an honour and a privilege.