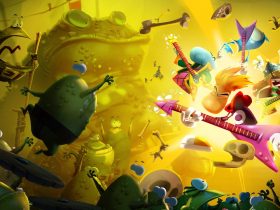 Whenever there’s a discussion involving scrolling arcade shoot ’em-ups, there’s a good chance that the late Japanese development studio Psikyo will be mentioned. This company lasted little more than a decade, yet made a big enough impact to secure a place in many shmup aficionado’s top ten lists. While a fair few Psikyo classics have already individually made their way to the Nintendo Switch, we beg to wonder how well they all bundle up together across two separate volumes.

You can check out the review for Psikyo Shooting Stars Bravo here, but for now, we’re going to concentrate solely on the first half of the collection relevantly named Psikyo Shooting Stars Alpha. This six-title strong compilation is headlined by the first three titles of the Strikers 1945 series. The original game, loosely inspired from the blueprints of Capcom’s own 1941 line-up of shooters, has the player pilot a choice between five World War II fighter planes on a suicide mission against transforming mecha artillery battleships and a blanket of enemy bogies to scratch.

The original Strikers 1945 is probably the more approachable shooter out of the bunch due to its lower level of on-screen bullet count in comparison to its sequels. The more famously known Strikers 1945 II, on the other hand, could be seen more like a sort of Championship Edition of the first game by playfully flirting with the borders of bullet hell along with improved visuals, sound and other general gameplay mechanics. As for the third title in the series, Strikers 1945 III, this sees the setting skips 54 years into the future to the year 1999, giving the player access to more modern fighter jets to tear through the skies with.

While a familiar underpinning formula is shared across all three games in the Strikers series, each game warrants more than enough quality within their own individual design and gameplay to demand the player’s attention. Yet, begin to hop between these three games alone, and you start to notice trademark algorithms that define a Psikyo game in a similar way you would know you are watching a John Woo movie by simply recognising the director’s signature traits of choreographed gunplay.

Take the fourth game in the bundle, Dragon Blaze, as a prime example. While it’s very much its own beast in regards to how the game looks, feels and sounds, the Psikyo way of doing things is evidently abundant. In similar fashion to the Strikers games, the first four levels are randomly swapped each time you play. Another common trait is how enemy bullets are usually the only things that can kill you while bumping into enemies themselves will penalise the player by levelling-down any collectable cannon boosting power-ups.

Dragon Blaze is easily the most challenging adventure out of the group with kaleidoscopic bullets bursting across the screen in far greater quantities than you would find in the Striker series. However, rather than piloting a mechanical vessel to navigate the skies, the player takes the helm of a dragon ally to accompany the selectable character of choice. What’s more, the dragon rider can also detach themselves from the mythical creature as a strategy to clear a path for survival.

Things begin to get more experimental during the final two games in Psikyo Shooting Stars Alpha’s list. Sol Divide, the only horizontal shooter in the bundle mixes gunplay with close-quarters combat initially fusing the shmup genre with hack ‘n’ slash mechanics. It’s certainly the weakest game of the bunch, but it’s hard not to love the low budget mix of poor animation and bad 3D rendered sprites. The result gives off a 1981 Clash of the Titans movie feel to it, and while not a great game by any means, it still manages to trigger that stop-motion animated style I used to adore as a kid.

The final game comes by the way of Zero Gunner 2, a visually poorly-aged polygon helicopter shoot-em-up with an interesting twist. Enemies now enter the screen at all angles weighed even by how your chopper can rotate towards the desired target. It sounds like it’s meant to be controlled as a twin-stick shooter but instead, holding down a button with a tilt of the stick will still provide freedom of movement while the circular momentum of aiming takes effect. It is an interesting concept in its own right, and enjoyable enough to be a welcome inclusion.

For starters, there are no extra features to even hint at celebrating the legacy of Psikyo’s time in the limelight with no form of art gallery, development scripts, save-states or even a jukebox option to play around with. There are no online leaderboards or so much as a blurb of information to introduce each title. Considering that both collections weigh in between £35 – £50 depending on whether they are purchased on the Nintendo eShop or a physical copy, Psikyo Shooting Stars Alpha pales in comparison in regards to extra features found in most other classic compilation available on the system.

With that said, there are a few basic quality of life options that allow the player to rotate the screen at a portrait angle in order to play some of these titles as they are intended, along with scanline options, volume control and the ability to crank up the life and continue count. Leaderboards do save your score and cater towards what difficulty you decide to choose. Granted, the options available are the bare minimum of what you would want and expect, but they did pan out to be just enough to keep me invested to want to sink hours in each game trying to master their formidable patterns.

Bearing in mind that the games on offer are, for the most part, fantastic in their own right, the pressing matter is whether or not Psikyo Shooting Stars Alpha does enough to warrant a purchase. The answer depends on a few gleaming factors. After all, each game in this particular collection can be bought separately for £6.99. Doing the math, buying the bundle alone will save you £5.95, along with the convenience of swapping between each title without having to revert back to the console’s home screen. However, as far as compilations go and the extra features that usually come with them, it’s hard to justify the vanilla presentation when others out there have made much more of an effort at a lower price point.