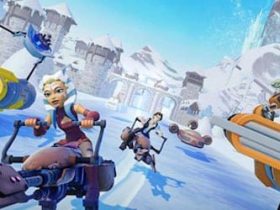 All eyes were firmly fixed on Sony’s PlayStation 4 reveal this week, yet Nintendo have received a boost post-announcement.

Whilst Sony spent their presentation discussing the hardware capabilities of their PlayStation 3 successor, so much was left unshown leading to speculation as to what the company may be hiding.

Nintendo’s shares had reached a five-year low after the company revealed the Wii U at E3 2011.