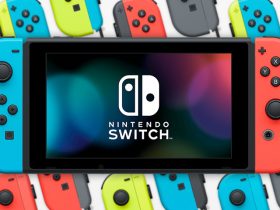 Nintendo Switch Was The Best-Selling Console In December 2017

In this week’s Nintendo Minute episode, Nintendo of America’s Kit Ellis and Krysta Yang swap their Nintendo Switch systems and buy each other a game on the Nintendo eShop.

Kit chose the competitive Nidhogg 2 for Krysta, a one-on-one multiplayer fencing tug-of-war game where players must stab, cleave, and impale each other as they fight for the right to be sacrificed to a ravenous wurm.

Whereas Krysta bought Kit The Stillness of the Wind, which the developer describes as being a quiet game of life and loss. In the game, you play as Talma – an elderly goat farmer who must continue to tend to her crops even while the world ending around her. She lives a simple but solitary way of life, surviving, subsisting, and tending to both her homestead and goats.