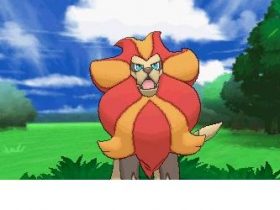 The Nintendo eShop continues to burst with content as each week passes, the weekly Nintendo Download list continuing to detail all the new arrivals for North America.

The Virtual Console service sees the release of Super Mario Advance and Pokémon Puzzle Challenge on Wii U and Nintendo 3DS respectively, while a free Sonic Boom: Shattered Crystal demo speeds on to the company’s handheld.

A sudden indie rush promises to keep you busy on Wii U with the likes of Pier Solar and the Great Architects, Sportsball and The Swapper becoming available. While nintendogs + cats at last sees a digital release on 3DS, joined by Kemonomix+ and Safari Quest.

Nintendo Video (Wii U & 3DS)
* Pikmin Short Movies, Nintendo – TBC
Watch the colorful antics of Pikmin as they jump into three short movies: The Night Juicer, Treasure in a Bottle and Occupational Hazards. Directed by Shigeru Miyamoto, the three shorts are available in HD for Wii U and in 3D for the Nintendo 3DS family of systems. Get all three in one pack in the Nintendo eShop. You can also download a free demo of the Pikmin 3 game in the Nintendo eShop for Wii U. You will be able to transfer your data to the full game if you decide to buy.

Wii U Download Software
* Disney Infinity (2.0 Edition), Disney Interactive – $19.99
Disney Infinity (2.0 Edition) allows you to conquer a game universe with endless opportunities to create stories and action-filled adventures featuring new Super Heroes, characters and powers. Enjoy up to four players in online multiplayer, use your Wii U GamePad controller to create your own worlds in the Toy Box, activate missions or unlock toys in Play Sets.

* Flapp & Zegeta, Denysoft – $4.99
Play as Flapp and help save Zegeta who has been kidnapped by evil aliens, you must flap your way across the galaxy in order to gain speed of light and reach your destination, but the question is: Are you up to the challenge?

* Pier Solar and the Great Architects, WaterMelon – $14.99
Pier Solar is an RPG that tells the story of Hoston, a young botanist who is on a quest to save his father from a mysterious illness. Along with his two best friends Alina and Edessot, the three friends embark on a quest seeking a rare herb to cure the illness of Hoston’s father. Little do they know, it is the beginning of a winding journey that unravels his father’s past and the mystery of Pier Solar and the Great Architects.

* SDK Paint, HullBreach Studios – $2.99
SDK Paint offers a unique way to get the artistic juices flowing by stacking the drawing canvas onto five layers, each of which can be independently manipulated in the 4 modes, using numerous brushes, filters, and shaders. While creating artwork with the Wii U GamePad’s touch screen, the display mirrors onto the television set for all in the room to enjoy.

* Shuttle Rush, Takusan – $7.99
Shuttle Rush is a fast-paced, old-school 2D platformer. The main character, space taxman Bob, is stuck on a hostile alien space station, and is running out of oxygen. The goal is simple: escape with your life. Fortunately, oxygen vending machines are scattered across the whole station. Using those will be mandatory to reach Bob’s shuttle in time.

* Sportsball, Too DX – $9.99
In this fun local multiplayer game that entertains a room full of friends, up to four players take the reins of exotic birds that flap, tackle and dunk balls into the net for points and glory. Play against your friends in more than seven game modes, or customize options to create your own. Call up all your buddies, hop on your birds and play Sportsball!

* The Swapper, Curve Digital – $19.99
In this atmospheric sci-fi puzzle game set on abandoned space station, solve puzzles by creating clones using the Wii U GamePad controller. The Swapper takes place in an isolated and atmospheric sci-fi world. Players wield an experimental device which allows them to create clones of themselves, swapping their entire consciousness into new bodies to overcome the challenges of the environment.

Virtual Console (3DS)
* Pokémon Puzzle Challenge, Nintendo – $4.99
Journey to Johto for the ultimate puzzle challenge! With the help of many favorite Pokémon, you will take on Gym Leaders like Jasmine, Pryce and Falkner on a quest to become the Pokémon Puzzle Champion. Use lightning-fast reflexes to form chains and combos that will help clear all the challenges that await you. Plus, you’ll get a code for the Pokémon Omega Ruby and Pokémon Alpha Sapphire Special Demo Version with your purchase of the Pokémon Puzzle Challenge game. You’ll find the free demo code on your Nintendo eShop receipt. Download codes are available while supplies last and expire on May 31, 2015.

3DS Download Software
* Kemonomix+, Rocket Studio – $4.99
KemonoMix ＋ is a game about training kemonos on a strange planet. You play the game by training your kemono, using it to explore the planet, and transforming it with mixes. Mixes in particular change the kemono’s appearance and skills, and can be used to make kemonos stronger.

* Safari Quest, Maximum Games – $4.99 (available 11th November 2014)
Embark on a quest to find the white lion in this exciting puzzle safari! In a land known as Africania, you’ll encounter several challenges as you take photos of the surrounding wildlife. With 10 lush landscapes and a total of 10 puzzle-filled levels, this Match-3 adventure will keep you on your toes!