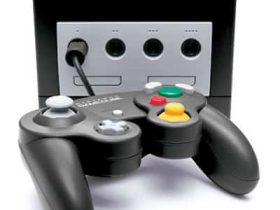 Rumour: GameCube Games To Be Available For Download On Wii U

With much fanfare, Game Boy Advance titles arrive on Virtual Console as the more significant addition in this week’s Nintendo Download list for Europe.

The full list for this week is as follows:

Virtual Console (Wii U)
* Advance Wars, Nintendo – £6.29 (€6.99)
Enemy troops are amassing at your borders, so take command of ground, air and naval forces and repel the enemies’ attacks across more than 100 battlefields. Advance Wars is the critically acclaimed combat simulation that made a big impact on Game Boy Advance; blending tactical turn-based strategy with satisfying, accessible gameplay. Lead your COs (Commanding Officers) to victory in Campaign Mode, or take turns against a friend (or foe!) in Versus Mode.

* Mario & Luigi Superstar Saga, Nintendo – £6.29 (€6.99)
The Mario Bros. team up in this hilarious action-packed role-playing game. When an evil witch steals Princess Peach’s voice, Mario and Luigi must venture beyond the Mushroom Kingdom, joined by an unlikely ally: Bowser! Take control of both brothers as you explore the vast lands of the Beanbean Kingdom, encountering wacky characters and bizarre new enemies. Enjoy the deep story and brain-teasing puzzles of an RPG, and test your reflexes in battles by combining the Bros.’ skills to pull off powerful new moves.

* Metroid Fusion, Nintendo – £6.29 (€6.99)
While on a mission to the Metroids’ home planet, bounty hunter Samus Aran is attacked by a deadly parasite. Cured by Metroid DNA, Samus is bestowed with unique new powers from her old adversary, but must face a new enemy: the ‘X’ parasite. Metroid Fusion blends a captivating original story with intense platform action and exploration in the classic Metroid mould.

3DS Download Software
* Bubble Pop World, Cypronia – £4.49 (€4.99)
Bubble Pop World is a 3D match-three game in which you pop bubbles with the same colours. It is based on Augmented Reality technology, so the Nintendo 3DS AR Card is required. There are 120 puzzle and arcade levels to enjoy, or you can edit more of your own levels and share them with friends via QR Codes. In Arcade Mode you also travel around the world to discover undersea mini-games.

* Super Monkey Ball 3D, SEGA – £14.99 (€19.99)
Super Monkey Ball as you’ve never experienced before! Join AiAi and friends as you tilt and roll your way in to the world of 3D! Lose yourself in each vibrant world as you twist, turn and aim to collect every banana in the fastest time possible. Then play together with friends and be the first to cross the finish line in Monkey Race or get ready for a manic melee in Monkey Fight. Everyone’s favourite monkeys are jumping out of the screen with excitement. Let yourself be completely immersed in the world of Super Monkey Ball like never before. Watch as your favourite monkeys truly come alive in front of your eyes. Are you ready to join the fun?!