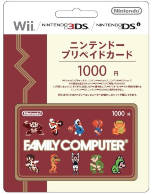 Virtual Console (Wii U)
* F-Zero: GP Legend, Nintendo – $6.99
Get your adrenaline pumping and race plasma-powered machines against the galaxy’s most elite racers in the Game Boy Advance iteration of this classic racing series! Compete in the Grand Prix or Story modes, climb the standings and unlock additional modes and characters.

* My Style Studio: Notebook, Cypronia – $2.99
This is the right place where players of all ages can enjoy painting. A full set of powerful yet easy-to-use image editing tools. Use the pen or pencil to sketch or make your notes, use the brush and smudge tool to paint gorgeous artwork. Mix your photos with drawings and paintings or make a flipbook animation. You can also personalize your notebook by drawing on the cover.

* Trine Enchanted Edition, FrozenByte – $14.99
Trine Enchanted Edition is the origin story of the three unlikely heroes of Trine: Amadeus the Wizard, Pontius the Knight and Zoya the Thief. Spellbound by the magical object Trine, the heroes must join forces to overcome obstacles and puzzles in an interactive physics-based world, battle the undead and their minions and restore balance to the kingdom. Buy Trine Enchanted Edition and receive 20 percent off of Trine 2: Director’s Cut (and vice versa) in the Trine Series Fan Discount.

3DS Download Software
* 3D Out Run, SEGA – $5.99
3D Out Run is the critically acclaimed 1986 driving game designed by Yu Suzuki, re-mastered and enhanced for the Nintendo 3DS hand-held system. 3D Out Run includes all of Out Run’s original content, alongside two new songs and runs at 60 frames per second, which is twice the speed of the original version.

* 50 Pinch Barrage!!, Mobile & Game Studio – $2.99
50 Pinch Barrage!! is a cinematic PINCH-delivering action title that will ignite your inner adventurer. You will assume the role of a treasure hunter that makes an emergency landing on a mysterious island. With traps and obstacles, not to mention angry natives and wild beasts, thrown at you one after the other, do you have what it takes to get yourself out of the pinch and off the island in one piece?

* Code Name: S.T.E.A.M., Nintendo – $39.99, from 13th March 2015
Command a strike team of unexpected heroes – assembled by Abraham Lincoln himself – to defend Earth against an alien invasion. Harness the power of steam to scout, surprise and annihilate enemies in this star-spangled blend of turn-based strategy and action game play. Only you can outwit and outgun this otherworldly threat.

* Monster Combine TD, Collavier Corporation – $3.99
Become a summoner to protect a prestigious school of wizardry and witchcraft! With the help of your new companion Katrina, defend the school’s gates by summoning weird-looking creatures coming from the old tales and mythologies. Fresh and intuitive Drag & Drop gameplay, move your monsters as if you were moving pieces on a board game. Use the elemental cards to make your monsters evolve or combine two of them to heal your most valuable one!

* Music On: Electric Guitar, Abylight – $1.99
Transform your Nintendo 3DS into the most incredible electric guitar and your stylus into a pick. Amaze you how easy it’s to play your favorite songs, even if music isn’t your thing! Aside from the 950+ chord catalog, that you can see and hear, and an unbelievable real sound, you also have 3 pedal effects: Distortion, Flanger & Delay, a special screen for melodies and 32 chord short-cuts.