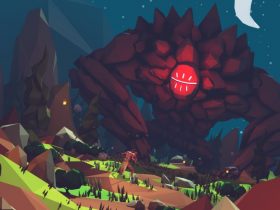 PQube and Red Entertainment have released a new Our World Is Ended trailer, introducing you to Judgement 7 that star in the sci-fi visual novel.

They are working on a new game engine called the W.O.R.L.D program. When wearing an Augmented Reality headset, it has the power to change the landscape in real time. But, when part-time director Reiji tries it out, he glimpses an unsettling cityscape leaving him questioning whether it is a glitch or if there is more to it than what he saw.

His doubts are soon confirmed as the developers find themselves trapped between fiction and the real world. That soon sees characters and creatures from their previous games breach the world with the risk that they could become reality, and, with it, the city on the verge of being overwritten. Therefore, you must battle to bring the world back.

Our World Is Ended will release for Nintendo Switch in Europe on April 18th, and across North America on the Nintendo eShop on the same day with the physical release to follow on May 7th.