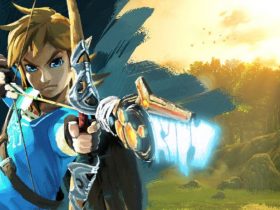 Customise Your 3DS HOME Menu With The Legend Of Zelda: Breath Of The Wild Themes

If you are hoping that one day we could see an open-world Pokémon game on the same scale as The Legend of Zelda: Breath of the Wild, then you’ll be pleased to hear that Game Freak director Junichi Masuda considers that such an idea is “still on the cards.”

He explained that he constantly wants to explore new challenges while working on the pocket monster series, and, in doing so, approaching it from different angles is something that he is always considering.

“Well you know in general, I always want to be kind of facing new challenges and trying to you know, do new things with Pokémon,” Masuda explained to Eurogamer.

“You know it’s a different matter whether players will actually enjoy that kind of playstyle, but really you know, things like setting up an AI so that you know real world Pokémon appear, or different ways to appreciate the game, I’m always kind of thinking how to approach the Pokémon series from a different aspect so, in that sense, it’s still on the cards.”