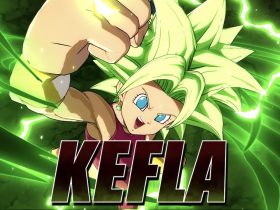 Just think for a moment. Once the situation around the current pandemic calms down, we can all go to the cinema to see Tom Cruise take to the sky once again in a sequel that nobody ever asked for. However, until that time finally arrives, we have Jet Lancer to look forward to – an adrenaline-fueled aerial combat game from co-developers Vladimir Fedyushkin and Nicolai Danielsen that’s backed with a banging soundtrack contribution from Battle Chef Brigade composer Fat Bard. So, get ready to put down that half-inflated volleyball you found in your garden and shower off the baby oil. It’s time to get inverted in this fast-twitch, open-air shooter that will leave you always outnumbered but never outgunned.

You play as Ash, a prodigy aviator with a cocky attitude and an appetite for a good challenge. This young mercenary finds herself piloting the mysterious fighter jet L4-NC-3R, and is keen on blasting hordes of sky pirates along with a fascination of wanting to shake hands with strange and hostile mechanical creatures who act as your periodic bosses throughout the adventure.

Controlling L4-NC-3R is tight, simple and satisfyingly fun in a way that will have you breaking the sound barrier above the horizon while causing a world of chaos and carnage against anyone who tries to oppose you. The jet freely soars through the skies by simply steering the Left Stick, with buttons allocated to control the thrust, afterburn and that all-important minigun. Along with the basics, the L4-NC-3R has other tricks up its sleeve, such as the ability to barrel roll out of trouble which, when timed right, will instantly give you a small stockpile of ammunition that hits harder than the standard unlimited supply.

There are plenty of unlockable customisable options to tweak both a secondary and chargeable special attack, along with a few extra bells and whistles to improve the overall flare of the fighter jet. The first handful of upgrades available are more like pushbike stabilisers to ease the player into combat. However, it doesn’t take long until you will be wanting to quickly swap them out for far more interesting parts engineered by a talking cat named Lem. Not all of the upgrades are unlockable during the first playthrough, as some are kept aside for the more challenging New Game Plus mode once you have finally beaten the story.

At first sight, the gameplay can seem like it’s never going to evolve much further than the cycle of blasting a few goons out of the sky and eight-looping giant bosses. While that’s pretty much the case for every boss fight in the game, the combat during missions really does start to shine once the difficulty begins to ramp up. What starts off with a pat on the back for flicking away a few bogies soon becomes a chaotic firework display of explosive jet fuel combustion, big enough to tear the perimeters of the ozone layer apart. Enemies plough in thick and fast with a decent mixture of fighter jets and attack styles between them. Some will stay hot on your tail forcing you to let go of the thrust so you can rotate to meet nose-to-nose, while others will line themselves up in an effort to spear you with a devastating dash attack.

Once all the opposing varieties are in play and out for blood, no button on the pad will be left neglected. It’s fast, furious and incredibly satisfying to constantly find ways to keep astride of destruction. Soaring down to sea level planting gun-toting aerial drones above a battleship, to then slam on the afterburn to pellet nose-first into the swarm of the next biggest threat never gets old. Just getting stuck on a stage only to then ace it without a scratch feels so incredibly rewarding that you will soon be wearing out that video capture button on your Joy-Con in no time.

What makes the combat all the more fun is how wonderfully tight the controls are, and how the screen stutter effect of barrel rolling on cue fires up those dopamine levels. The healthy amount of control customisation has really been well-thought-of here, from the way to steer the ship, adjusting dodge reaction times, all the way to auto-toggling certain buttons with a motive for the player not to get hand cramps when playing portably.

While I found the default settings fine the way they are, I did find myself toggling the autofire on and off during certain missions. For example during score-based objectives, I could focus on keeping my thumb hovering around the dodge and secondary attack button. While in another mission too much gunfire would draw the attention of a huge cannon ready to turn old L4-NC-3R into scrap metal and I had to manage my shots sparingly.

Despite really enjoying the meat of the gameplay and the decent variety of mission objectives, I still couldn’t help but feel quite underwhelmed with the majority of boss encounters. They just came across as a bit too predictable to beat, with the same looping method of spamming the dodge button while laying off a few powerful attacks when fully charged. They never quite lived up to the exciting crowded battles and major dog fights – with the latter themselves being too few and far between and too easy to fully appreciate.

The gameplay visuals are simple yet still very attractive, with some really cool effects to match the tension. On the other hand, the whole overworld hub in-between stages looks rather ugly and completely out of place. The low poly 3D hovercraft navigating a bland landscape comes across as cheap and undesirable, and not nearly as interesting as the pixel-esque style of the rest of the game.

During the early stages, I did run into a sudden bizarre difficulty spike that had me utterly confused for the hours I then spent trying to beat it. It wasn’t hard in the conventional die-a-lot kind of way, but rather more the case of constantly missing the score requirement within a time limit that seemed almost impossible to reach. I did end up scraping the score, despite being on the verge of giving up – ironically soon after finally reaching out to Vladimir who informed me that it was something they were aware of and would be fixed as soon as Nintendo approved it. Hopefully, the software update will be set in place ready for release, as the best parts of the game occur soon afterwards.

However, hitting that wall did improve my piloting skills going forwards, but also led me to notice a few things that I felt should have been included. Not having a combo score multiplier splashed across the screen to aid the player and push the excitement even further seems like an obvious addition but is absent nonetheless. Instead, any accolades achieved are solely restricted to post-level bar charts that tally up to an overall grading system measuring combos, counters, time bonuses and more.

It’s also unfortunate that Jet Lancer lacks any extra modes outside of the story and New Game Plus. Offering a competitive or co-op multiplayer option surely wouldn’t go amiss or, more importantly, a classic survival score attack mode complete with an online leaderboard. I would have thought features like these would have been an absolute no-brainer. After all, the manic combat is by far the game’s strong point and such an addition would have certainly had me coming back for more.

With that said, I really did enjoy my time with Jet Lancer. It made me feel like a maverick of the skies in an experience that somehow rarely ever felt repetitive despite the game’s simple design. I liked how the extra modules to customise L4-NC-3R provided the incentive to experiment and change tactics depending on the mission at hand, and how the gameplay would drastically improve as a result. If you’re looking for an action-orientated Top ugn sim that involves blasting dozens of enemies in an open sky, then Jet Lancer is certainly one worth checking out.