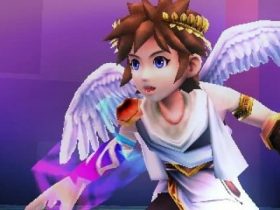 Nintendo’s global president Satoru Iwata has stated that the company’s decision to region-lock their hardware was not made out of “business ego,” but purely for the “cultural acceptance and legal restrictions” needed to be taken into consideration worldwide.

Such comments were made at E3 2013, before Microsoft’s hand was forced to reverse their policies for Xbox One after Sony trounced them with their choices for PlayStation 4. It ultimately led to a fan petition for Nintendo to change their mind.

“From some people’s perspective, it might seem like a kind of restriction. However, we hope people can appreciate the fact that we’re selling our products worldwide,” Iwata explained to IGN.

Iwata commented that the entire industry has to “grapple with” such issues, with Nintendo having “historically” always treated their hardware like this.

He closed, “I hope that game fans can understand that the industry isn’t doing this solely out of business ego. There are some reasons behind it.”