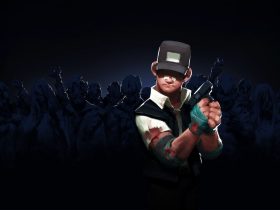 HORI has confirmed that Nintendo Switch system update version 6.0.0 has fixed the battery drain issue that their D-Pad Joy-Con controller had unexpectedly encountered.

The controller – which is marketed as being “perfect for D-Pad intensive titles” like platformers, puzzle, action and fighting games – can only be used in Handheld mode, and does not have HD Rumble, motion sensors or a battery.

Due to that fact, the controller uses the Nintendo Switch as a power source, but users had reported that it would drain the portable home console’s battery even when it is in Sleep mode. Thankfully, that’s now been sorted.

“The battery-use issue has been resolved with the latest Nintendo firmware update. (Version: 6.0.0),” HORI confirmed.

“Please make sure to update your Nintendo Switch console’s firmware to the latest version before using this product. Thank you very much.”