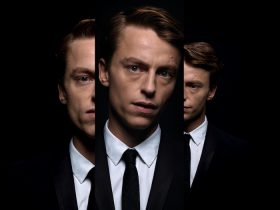 XSEED Games and FuRyu have confirmed when Heroland will release on Nintendo Switch.

This single-player RPG that takes place in a theme park and was originally released in Japan under the name WORK x WORK.

The theme park’s guests can explore dungeons, beat up baddies, and become legendary heroes, and it’s up to you to assist them from the sidelines as their tour guide.

The game has been directed by Takahiro Yamane (Fantasy Life), written by Nobuyuki Inoue (Legend of Mana), set in a colorful 2D world created by Nobuhiro Imagawa (Mother 3, Legend of Mana), and is accompanied with music from composer Tsukasa Masuko’s (Shin Megami Tensei).

Those that pre-order the day one physical Heroland Knowble Edition ($49.99) on the XSEED Games Store or from other participating retailers will receive the game, a 10.5-inch by 6-inch drawstring pouch, musical selections CD, 14-inch by 20-inch theme park-style folded map, and a Super Sumo wrestling papercraft.

Heroland will release at retail and on the Nintendo eShop for Nintendo Switch worldwide on December 3rd.