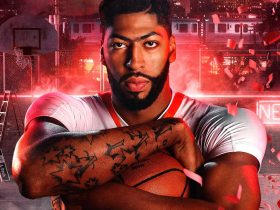 Bandai Namco Entertainment and Arc System Works have announced that Dragon Ball FighterZ will release on Nintendo Switch in September.

The extra characters that have already been released on other platforms will be available for purchase from day one, and that those who pre-order the game will receive two gifts: immediate access to Goku and Vegeta SSGSS and a download code for the Japanese version of classic Super NES game, Dragon Ball Z: Super Butoden.

The critically acclaimed anime fighting game combines classic 2.5D fighting game dynamics with the beloved Dragon Ball universe, resulting in an experience that looks as if it has been ripped straight out of the anime series.

With 3 vs. 3 battle mechanics, both new and seasoned players alike can build their team and take them into battle. In order to build the strongest team possible, players will need to train and master more than one fighter and style. Only then will their skills be strong enough to take down the competition.

Dragon Ball FighterZ will release for Nintendo Switch in Europe and North America on September 28th.