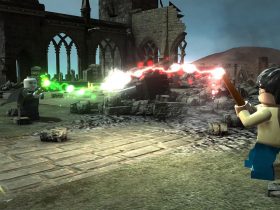 With E3 2019 just around the corner, we’re just over a week away from learning which Nintendo Switch games will keep us occupied for the rest of the year.

Thanks to a GameStop leak, we can now expect a strong showing for the portable home console as the specialist retailer has listed 21 unannounced games on its internal system.

This list was leaked by an employee, and, while it has only revealed placeholders for upcoming game announcements, we can speculate about they will be.

The three at a higher price point are likely to be special or collector’s editions – the more expensive SKU perhaps being for DOOM Eternal – meaning that we could be looking at nineteen Nintendo Switch games to be revealed during E3 2019 week.

It’s worth remembering that games such as Luigi’s Mansion 3, Astral Chain, and Wolfenstein Youngblood already have listings on GameStop’s system, so, with that, let the speculation begin.

Gamestop adds about 21 new NSW Stock Keeping Units (NSW). All games, no consoles. If I had to guess, the 200$ game is probably some sort of bundle or premium edition. Will post more images. pic.twitter.com/y3xxTyOhEc