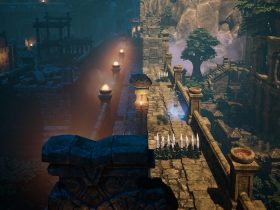 Lift Your Curse In Night And Day On Nintendo Switch

Gone are the days of me being able to sit in front of a monitor and put hours upon hours into a Football Manager title. I simply cannot find the time to play the full fat version anymore, as it required some serious investment. With so many good games releasing all the time, I have turned into the kind of gamer that avoids games that I know I will get hooked on and don’t have an end, simply because there are so many other games I want to get through. Sure, I still play titles such as Mario Kart 8 Deluxe and Splatoon 2 online, but I know I won’t get addicted. I will play them for a couple of hours with friends online, and then won’t even think about returning to them again for a while. What I used to find with Football Manager especially, was that even when I wasn’t playing, I was thinking about it, which is never really a good sign, but that’s how bad it used to hook me and many others I’m sure.

It is because of this that the Touch versions of Football Manager exist and it suits me now, just as well as the main version suited me back when I had all the time in the world to play. It never goes too in depth as the main titles do and as such, I do not feel as invested, which in turn makes me want to play non-stop. With it being on the Nintendo Switch too, I found myself able to play one or two matches and put it down. Back when I played Football Manager on PC a few years ago, I would find myself not even bothering turning it on if I knew I wouldn’t have at least an hour to play. What this ultimately means is I am able to get through seasons a lot quicker than before, without putting loads of hours in over the course of a single day. That is something that cannot be understated.

The ‘Touch’ moniker came into play a number of years ago and it effectively allowed players, such as myself, to get back into Football Manager games by implementing a much more streamlined experience. Sports Interactive has certainly achieved their goal then, but it means that this version doesn’t appeal to hardcore players whatsoever, so if you fall into this bracket and want an on-the-go version to go along with the full experience, then let this be a warning to you that it never gets anywhere near as in-depth as that version. 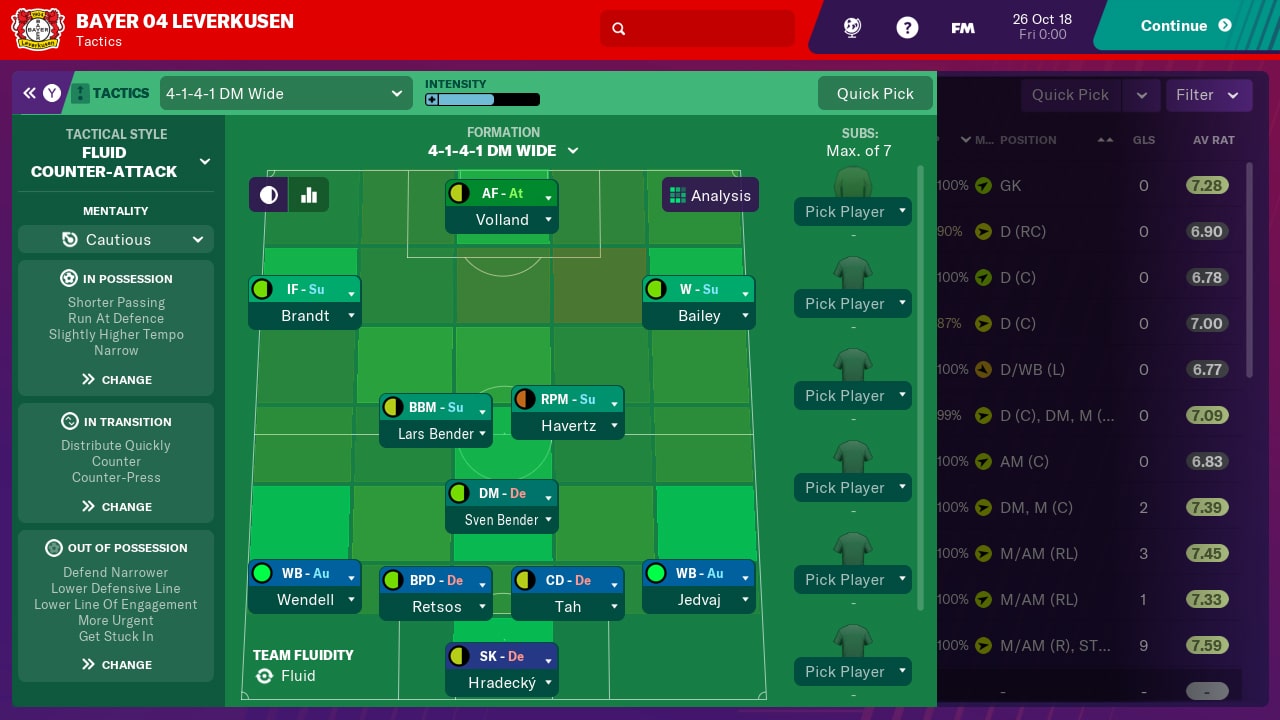 Football Manager 2018 Touch on Switch was easily the best football management sim to ever release on a console, but it was far from perfect. This year’s offering is, by default, an improvement and therefore the new crown holder for console footy management sims. It isn’t a huge leap by any means, however. It is more of the same, but with a few of the issues ironed out and a small number of new elements thrown in.

You start up your game as you have started up every Football Manager game ever, by picking which nations and leagues you want to be active and then picking your team within them. You can only select three nations to be active, which means that you can only see what is happening in a handful of leagues at any one time, which can present problems during your game, depending on how you like to play Football Manager.

The biggest decision you make is the team you pick, as this acts as your difficulty setting in a way. If you pick a team such as Manchester City or Barcelona, for example, you not only have the best players in their respective league to start with but also the most money to then further enhance the team, so there isn’t any great challenge to be had. The real challenge has always been choosing a team much lower down in a division or a team in the lower tiers of the football world, such as a League Two team. Any self-respectable fan of Football Manager should partake in such a test and it gives a greater sense of accomplishment when you start to build up a decent team, as its all your work. 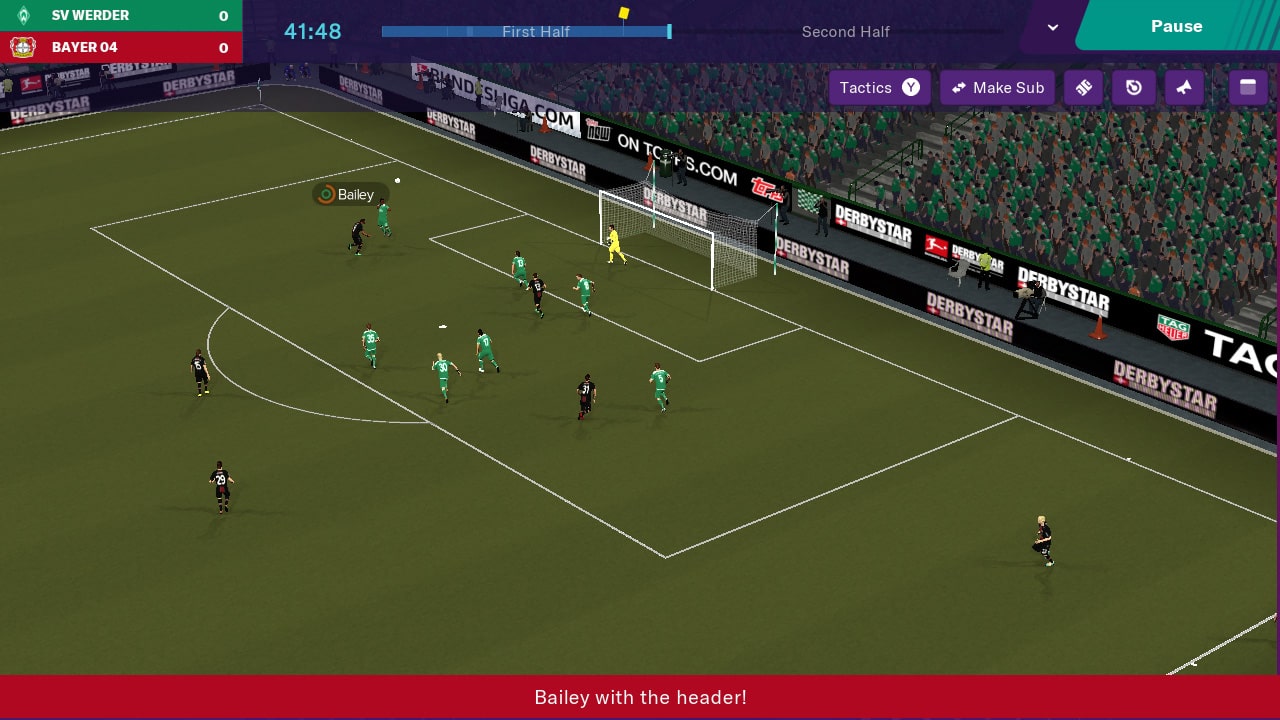 Undoubtedly, though, the best aspect of Football Manager 2019 Touch is buying new players. There is genuine excitement when you click yes to confirm a signing. Choosing them for the first time and seeing how they fare. There are thousands upon thousands of players to sign and you can go quite in depth with it, using your scouting system and looking into individual stats to see who will fit your team. Alternatively, you could just stick to the players you know about in real life instead. For very casual fans, I would imagine a constant bashing of the ZR Button to be commonplace, to skip many of the filler you’ll get in your inbox and head straight for the signings and of course, the matches.

Tactics have been improved this time around and they allow you to have your team playing exactly how you want them to. Do you want your team to drop back into positions after you lose possession or would you rather they try to win the ball back as soon as possible, but leave themselves a little more exposed in doing so? Would you rather play the perfect ‘Tiki-Taka’ football or go with the good old English way of playing and launching it over the top? It gives you a greater scope to mould your team into how you want it and as such, makes it feel like you have more of an influence on results, good or bad.

Just like the previous game on Switch, touchscreen input can be slightly off at times, but they work well for the most part. It cannot, however, be played entirely as a touchscreen experience, as certain buttons are a requirement. The L Button, for example, brings up a sub-menu which is essential as there are plenty of things hidden behind it that you’re going to want and there is simply no way of accessing them by touch. It is an unfortunate oversight yet again as it not only limits the control options unnecessarily but also makes no sense whatsoever, considering this is essentially the iPad version. Which, by the way, has no physical buttons, so if that version can do it why can’t the Switch version? Having said that, playing it as a handheld game is the way to go, as it is much easier and intuitive than solely playing on the TV as it means you have the added touchscreen controls that, of course, are much quicker than moving the on-screen cursor with the left stick.

Football Manager 2019 Touch on the Switch is a bit of a weird one. On one hand, you have what will be considered the best management sim to ever grace a console. On the other hand, it could have taken much greater strides than it has done to be a truly fantastic experience. Ultimately, if you are either a casual fan of these kind of games, or you simply cannot find the time to play the full experience on PC anymore, then this is a good place to get back into it. It doesn’t have the depth its bigger brother has but it has more enough to keep you hooked.