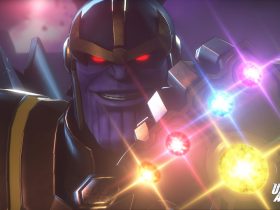 First teased in the Nintendo Switch Presentation 2017, this week’s Fire Emblem dedicated Nintendo Direct allowed us to see the game in action with Fire Emblem Awakening‘s Chrom revealed as the first playable character.

It also brought news that the game was being developed separately for Nintendo Switch and New Nintendo 3DS – standard Nintendo 3DS systems understandingly being left out after how poorly Hyrule Warriors Legends ran on them.