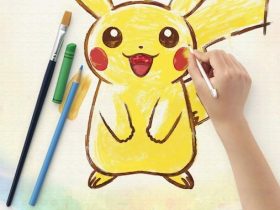 Professor Layton may have hung up his hat, but that hasn’t deterred LEVEL-5’s continued support of the Nintendo 3DS. Fantasy Life‘s western arrival comes at a time of renewed vigour behind the Japanese outfit, currently riding high on the resounding success that Yo-kai Watch 2 has been met within their home country alone.

Fantasy Life is intoxicating, to the point that nearly 10 hours had unexpectedly passed on the Saturday that I started playing. That came as a surprise, not least because sunlight no longer beamed through my windows, but more that my only real awareness of what was lied in store came from Nintendo Treehouse: Live @ E3. It was Bravely Default that last glued me to the handheld for such an extended period, although the two couldn’t be any more different. 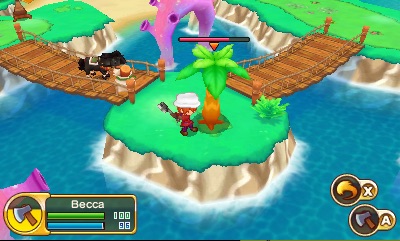 “Your World. Your quest. Your Life” doesn’t sound too dissimilar to Tomodachi Life’s mantra, but Fantasy Life summons far greater depth beneath the game’s ridiculously charming exterior. Cast into the world of Reveria, you star as a dreamy-eyed youngster from Castele who you will firstly customise the appearance of. You’ll ponder between body, skin colour, head, hairstyle, facial features and voice choices as we’ve come to expect – selecting whether your aspiring hero’s squat or lanky and whether they boast a Curly Bob or Surf Star. But the crux of your decisions lies in which Life you select, with 12 for you to intensely debate over – namely Paladin, Mercenary, Hunter, Magician, Miner, Woodcutter, Angler, Cook, Blacksmith, Carpenter, Tailor and Alchemist.

The idea behind these is passed down in tales of the Life Goddess, who once saved Reveria by granting wishes. Although, when she realised there were too many for her to manage by herself, she created jobs for everyone to help one another which was later called a “Life.” These are all wondrously characterised by their own garbs, with the Angler’s comedic fish hat a particular favourite, and the beauty of Fantasy Life is that it doesn’t really matter which you initially choose. Whether you’d long to charge headlong into battle, run around collecting crafting materials, or conjure up cakes that would give the Great British Bake Off contestants a run for their money, it’s entirely up to you. Follow your heart early on, and you will later have the opportunity to switch to any other Life as you please to differentiate how you reap Reveria’s spoils.

Your adventure begins when you awaken to discover a letter from King Erik stuffed in the mailbox, requesting your presence at the Royal Court to commend you on choosing your first Life. From here you’ll largely be ticking boxes in the game’s opening prelude, as you learn about the Guild Office, Life licenses, assigning items to your Pouch and other tricks it has up its sleeve, but, somewhat, more importantly, introduces you to Flutter. This curious butterfly will be your travel companion as you quest across Reveria, your early friendship formed after sneaking her in to meet the King by allowing her to pretend to be your “butter-tie.” 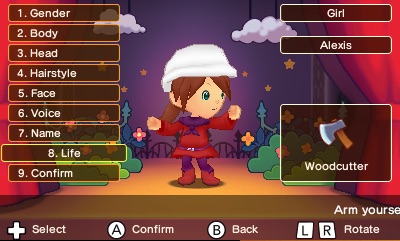 After the congratulations are over and you exit the castle, you are left to your own devices. Your time with Fantasy Life revolves around completing Flutter’s Requests (which will drive the story forward), Challenges and Other Requests from the townsfolk, showering you with Bliss, Stars and Dosh. These three currencies are key to your character development, with Bliss rewarding you with perks such as larger bags or pets, Stars increasing your Life rank when you report into your master, and Dosh being used in stores for any item or equipment purchases.

Increasing your Life rank will not only see you rise from Novice to Legend but reward you with new techniques and stat increases dependent on whichever you have chosen. That can be new attacks that will ease combat against trickier foes, new tantalising recipes for you to cook, or methods to speed up ways that will help you gather materials. Switching your Life at the Guild Office will mean that you lose these ‘Special Skills’ until you revert back, although exploring what you will be rewarded within another Life is what makes the experience. Your general skills such as Dashing and Sneaking, a necessity for trawling around Reveria’s broad expanse, will also improve over time, and it soon becomes apparent that Fantasy Life delivers an adventure of continual reward.

A day-to-night cycle breathes, for want of a better word, life into the ever-evolving world around you. Animal Crossing fans will take delight in spending their hard-earned Dosh to customise one of many vacant homes that are awaiting purchase, upgrading your worn furniture with that fit for a King. Whereas more social aspects come into play when you activate Link Mode, letting you receive notifications about your friend’s progress and send messages to one another when playing alone. Local and online multiplayer is also on offer, accessible through the Castele Guild Office, allowing you to quest together and exchange items, with StreetPass allowing you to send your avatar into other players worlds to appear as a Castelian resident. 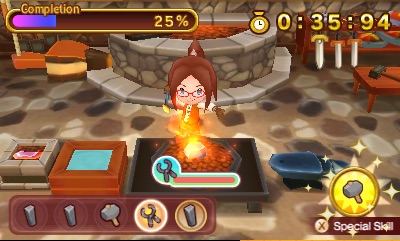 Nobuo Uematsu’s merry score is accompanied by striking illustrations penned by Yoshitaka Amano, but Fantasy Life‘s most deserved acclaim lies in the localisation department. An unrivalled humour permeates the entire experience, whether that be in Port Puerto’s quarrelling pirates and aristocrats or the mistaken desires of Al Maajik’s ruling family. But it is Flutter’s unwavering curiosity that strikes the right chord, prompting laugh-out-loud moments meddled with those that will readily tug at your heartstrings. There’s sensational writing here, making Fantasy Life all the more important to savour.

Fantasy Life is nothing short of a sleeper hit, with the game underpinned by smart design decisions throughout. While the relative ease of the adventure may deter those looking for a greater challenge, placing the experience at the whim of the player means that you are never short of finding something to pour more hours into. It’s a game that keeps on giving, and it’s all the better for it.