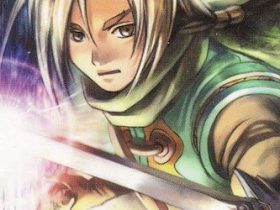 This will see players up against the clock as they battle their way through a randomly generated maze, granted five minutes to secure themselves power ups, stat boosts and collectibles by defeating enemies or opening chests scattered around. It’s recommended that players look out for larger icons, as they’ll provide more significant boosts.

After the time expires, you will then face off against other players who are working through mazes by themselves separately. The victor will win items, although Nintendo isn’t yet ready to announce what they do precisely…