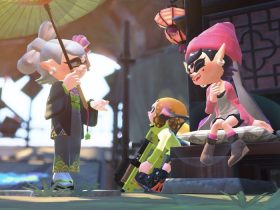 Dotemu has revealed that they are the developer behind Final Fantasy VIII Remastered, having teamed up with Square Enix once again.

“Twenty years after Final Fantasy VIII original release, we’re proud and honored to team up with Square Enix for its Remastered Version that will hit PC, PS4, Xbox One, and Nintendo Switch this year,” the Paris-based developer wrote on Twitter.

Dotemu will be a name familiar to those that have played Wonder Boy: The Dragon’s Trap or Windjammers, as well as being the team that is working on the upcoming Windjammers 2 and Streets of Rage 4.

In Final Fantasy VIII, the military nation of Galbadia has declared war on the Dukedom of Dollet, who must hire the mercenary force, SeeD.

Squall Leonhart, a new member of SeeD, together with his friends and Rinoa Heartilly, a member of a resistance group, get pulled into the war, unaware of their fated task to save the world.

Final Fantasy VIII will release on the Nintendo eShop for Nintendo Switch worldwide in 2019.