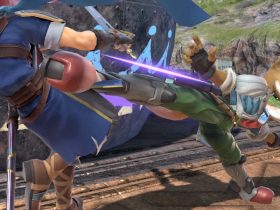 Flicking through the catalogue on the Nintendo Switch eShop reveals a line-up of quality indie titles across a range of genres. Stardew Valley, Shovel Knight: Treasure Trove, Super Meat Boy and Battle Chef Brigade – all games I’ve sunk countless hours into since their launch, offering something both polished and unique. Not every effort is a home run though; the Switch also playing host to its fair share of forgettable experiences and a group that unfortunately Don’t Die, Mr. Robot! DX ends up finding itself in.

Best described as an avoid ’em up, Don’t Die, Mr. Robot! DX sees you playing as Mr. Robot, a cute little square with eyes as you attempt to manoeuvre your way around a flat grid avoiding enemies and obstacles for as long as possible. With no true weapon to speak of, you’ll instead need to slide over to randomly spawning fruits that when collected send out a small explosion destroying anything close enough. If you’ve ever played Geometry Wars 2’s Pacifism mode this is pretty much that albeit less polished and slick.

The game’s Arcade Mode is essentially your bread and butter option, acting as a survival mode, the obstacles to avoid gradually increasing in both frequency and complexity. Here your aim is to simply survive as long as possible whilst accumulating points. To keep the numbers going up you’ll need to nab fruits, destroy enemies with the blast and narrowly escape danger. This mode proved entertaining and something I’d return to a couple more times thanks to the randomness of the enemies and power-ups. 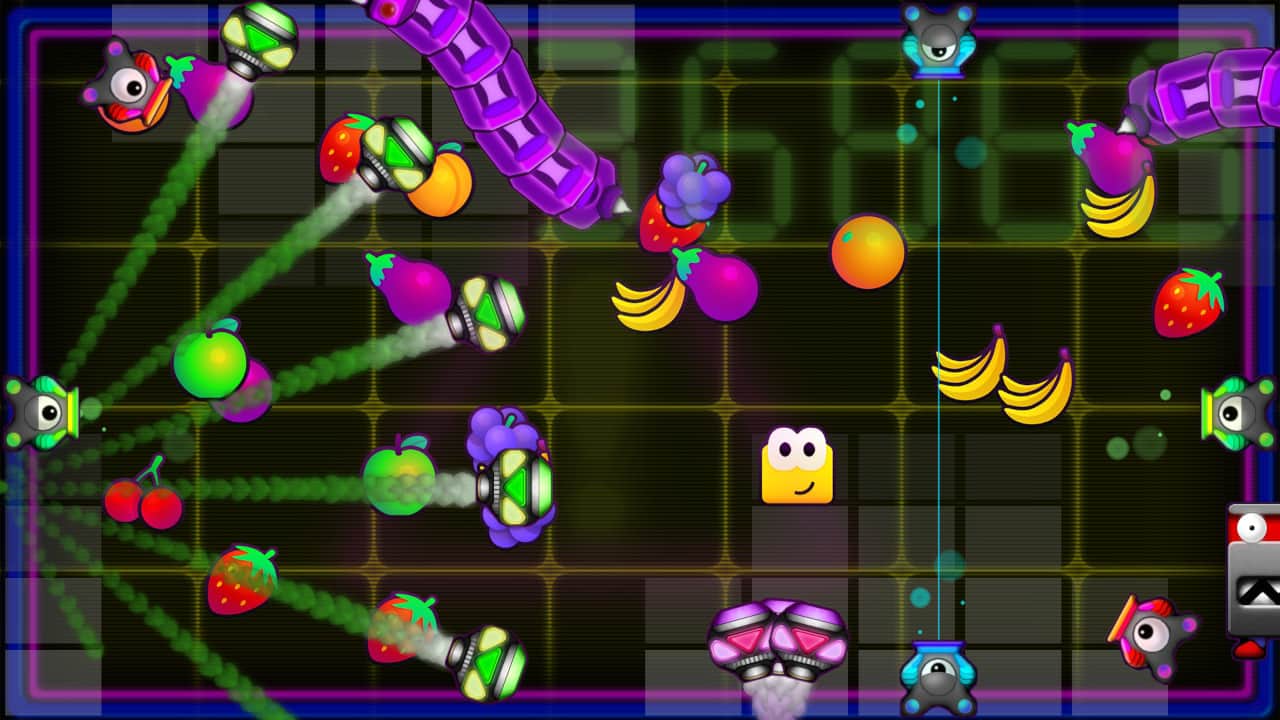 Remix Mode offers fifty different challenges each with four trophies to claim. There is some variation to be found here, your performance ranked on the length of time you survived, enemies destroyed, apples collected or even your ability to skirt in and out of dangerous situations. It’s a shame there aren’t a few more variations as the limited range available does start to wear thin before reaching the final challenge. These bite-sized trials are ideal on the go though, especially if you want to quickly jump in and not commit to a full Arcade session.

The final two options include a Time Attack Mode where you’re racing against the clock punished with a loss in both points and time for dying and Chill Out Mode, a far slower-paced experience that aims to ease the difficulty on the player. Neither proved to act as more than a curiosity, the fun wearing off almost instantly.

The biggest problem with the modes on display in Don’t Die, Mr. Robot! DX is that none of them are particularly memorable. While Arcade and Remix are the better offerings of the bunch and an okay distraction, we’ve already seen these sorts of ideas done before and better. It also doesn’t help that enemy spawns can too often occur exactly where your character is resulting in a frustrating death. It cheapens the game sometimes even ruining a high-score attempt. 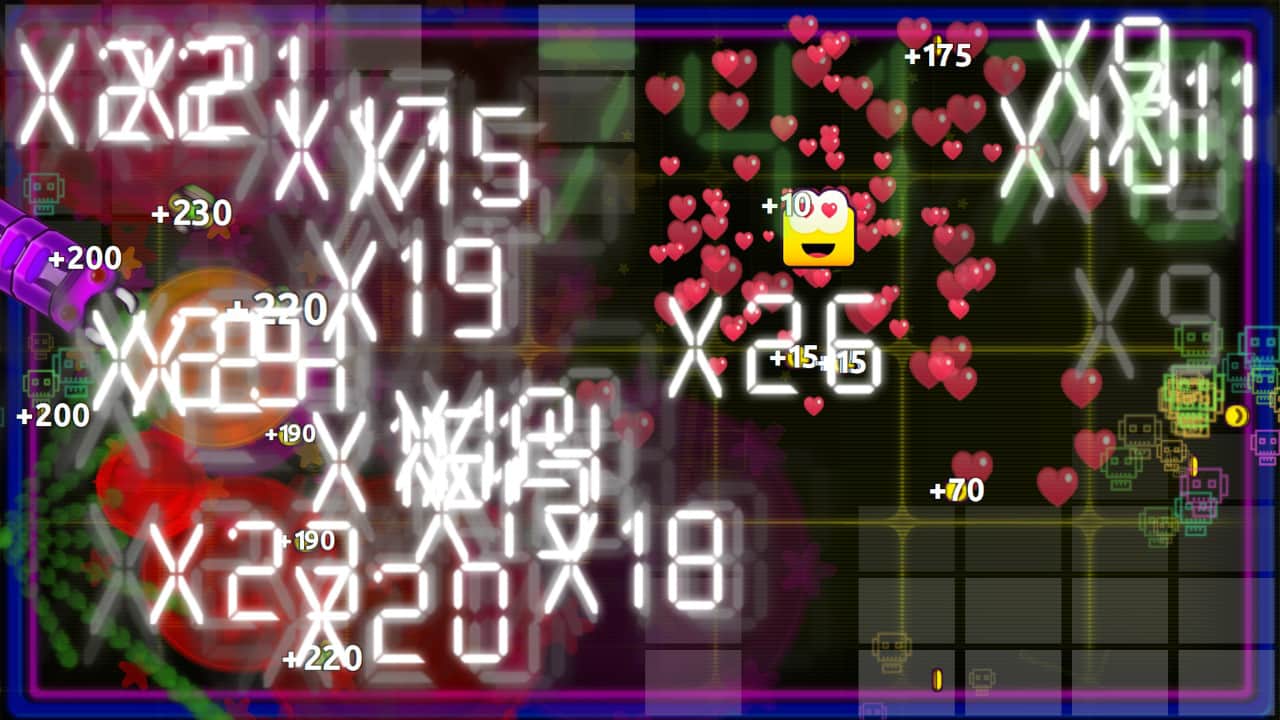 A lack of online leaderboards also really hurts the long-term appeal of the game, instead only saving your best score for each mode. It’s hard to care about your performance when you can’t even compare it with other players.

Coins you collect can be spent on a number of things in the game’s shop including cosmetics like hats and glasses for Mr. Robot, special guest characters and temporary power-ups that can improve your shield or even suck in coins that are nearby. It’s a neat inclusion and one that offers purpose to all the coins you gather playing the game.

The visuals in Don’t Die, Mr. Robot! DX disappoint in a big way. While its simplicity helps keep the action on screen clean and clear, everything feels so slapped together giving it a rather unpolished and almost browser game appearance. Enemies are bland robotic shapes while the addition of exploding fruit feels jarring and random. The audio fares better sporting a range of electric style tracks that at the very least lines up better with the futuristic tone the game appears to be going for.

Don’t Die, Mr. Robot! DX is a disappointingly simple experience further let down by its unappealing presentation. While there is some enjoyment to be had when you first start playing, that feeling doesn’t exactly last. On a system that is currently over-flowing with great eShop experiences, Don’t Die, Mr. Robot! DX does little to stand out from the competitive crowd resulting in a package that’s average at best.