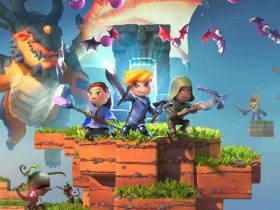 SEGA has announced that SEGA AGES G-LOC Air Battle will release on Nintendo Switch this week.

Legendary Japanese game designer Yu Suzuki was behind this combat flight simulator, which will challenge you to dodge and weave your way through treacherous skies to shoot down enemy pilots.

Piloting an experimental aircraft, the high-octane arcade game will see you will soar through blue skies in your effort to complete a series of timed missions.

It comes to the portable home console with the chance to compete on leaderboards thanks to online rankings, a moving cabinet display (among other screen options) to recreate the feeling of playing on the original hydraulic-powered arcade cabinet, the AGES Mode that adds more enemies, more missiles, and a more powerful lock-on system.