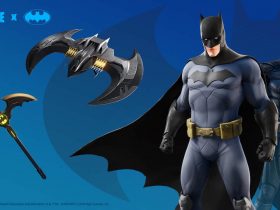 ArtPlay and Inti Creates have confirmed a release date for Bloodstained: Curse of the Moon 2 on Nintendo Switch.

This is a sequel to the 8-bit action game, in which the demon slayer Zangetsu – a swordsman from the Far East – must battle his way to a demonic stronghold.

“Based on the stretch goals funded by the game’s Kickstarter campaign, we were able to create an 8-bit spin-off title called Curse of the Moon,” explains producer and scenario supervisor Koji Igarashi.

“We were so happy to see how much fans enjoyed the game, and from that, a decision to make a sequel quickly followed suit.”

There are three new playable characters that will appear, including the exorcist Dominique, Robert and Hachi – with Miriam, Alfred and Gebel returning from the original game.

Each character has their own abilities, offering their own way to overcome the game’s stages. You can also team up with another player in local co-op multiplayer, working together to defeat the enemies and bosses that you are confronted with.

Bloodstained: Curse of the Moon 2 will release on the Nintendo eShop for Nintendo Switch worldwide on 10th July 2020.