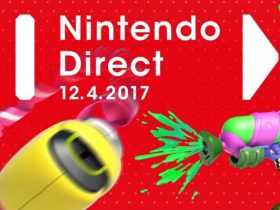 If you are looking to jump, climb and leap your way through your next adventure, then we are here to help you find the best platformer games on Nintendo Switch.

We have rounded up our favourites to hopefully give you some pointers on what’s best to buy on the Nintendo eShop.

It’s almost impossible passing by Cuphead without stopping to marvel at its 1930s inspired visual style. Beyond its eye-catching exterior though lies the heart of one of the purest and most challenging platformers on the Switch.

While the game includes a handful of traditional left to right stages, the real stars are the bosses (of which there are a lot) whom you’ll blast away using your finger as a weapon.

Battles will see you taking on a giant robotic cat, a crew of angry vegetables and a carpet riding genie to name a few. Victory against these foes won’t come easy though, with each encounter demanding quick reflexes and a steady nerve.

Cuphead may put some off with its difficulty but those looking for something more demanding than Nintendo’s output should definitely check out this gorgeous adventure.

It’s upsetting to think this is the last proper release we’ve seen from Retro Studios in some time but approaching this with a glass half full viewpoint, what a hell of a game Donkey Kong Country: Tropical Freeze is.

It’s a bright and vibrant looking platformer, where every level feels painstakingly designed and detailed making it ideal for speedrunners to master.

Meanwhile, the inclusion of Funky Kong eases the harsh difficulty somewhat so less experienced players can enjoy the game without feeling frustrated.

Also, with David Wise finally back on board, the soundtrack – the one area Donkey Kong Country Returns perhaps disappointed – is back on par with the series’ best. Seashore War may well be his best work to date. Give it a listen and tell me I’m wrong…

You may not have heard of Flat Heroes but this little gem is definitely worth checking out. You play as a simple square able to roll about, double jump and cling to walls. The levels themselves are all single-screen affairs with other shapes flying from every angle toward you in hopes of destroying you.

There is no end goal to reach nor sprawling level to traverse, instead, it’s all about dodging projectiles and surviving through each wave of dangerous enemies. It’s simple, it’s constantly fast-paced and throw in three other players to increase the chaos and tension even higher.

While Ubisoft has arguably become all about Tom Clancy in recent years, there was a time when their library stretched beyond that with even their limbless hero Rayman getting in on the action.

If Rayman Origins demonstrated the long-running series could still deliver then Rayman Legends: Definitive Edition cemented that fact offering creativity that would rival that of Mario’s outings.

It’s a stunning looking platformer, challenging and packed with content. Hell, even the musical stages alone are worth the price of admission.

What a bumpy ride the hedgehog has had. Where the moustached plumber seemed to go from strength to strength with each new release, the blue hedgehog would often stumble or outright faceplant.

Sonic Mania Plus is not only a great nostalgic trip for fans of the series but just a fantastic platformer in general. With development handed over to members of the Sonic fangame and ROM hacking community (a bold move for any publisher), the result is a fast and fun adventure filled with winks and nods to the series’ past galore.

It’s a game that embraces the rich past of Sonic but isn’t without ideas of its own. SEGA have tried so many times to ‘take Sonic back to his roots’ and never have the delivered on that promise. Sonic Mania Plus does that and more. Who knew all it took to make a truly brilliant Sonic game was to keep Sonic Team away.

What could be better than an eighty level 2D Mario adventure? How about hundreds of adventures and an endless supply of levels? Super Mario Maker 2 was already a brilliant D.I.Y. platformer but the recent (and final) update for the game has only seen its potential soar even higher.

Whether you want to take a stab at making your very own Mario adventure or just hop into the weird and wild creations of others around the world, Super Mario Maker 2 is in some ways the ultimate 2D platformer and one that’ll continue to offer something new for years to come.

What else is there to say about this game that hasn’t already been said? Every time a new 3D Mario adventure is released you can guarantee it’s going to be something special and Super Mario Odyssey is no different.

The addition of Cappy and his ability to turn Mario into enemies and even inanimate objects opens up the series to a whole new range of possibilities gameplay-wise. Experimenting and putting each Mario transformation to use is a constant joy throughout. Every kingdom you visit within the game is its own miniature playground ripe with secrets to uncover and challenges to best. Where every nook and pathway explored yields a reward.

This is a game absolutely packed with creativity to the point where even a single kingdom would likely fill a lesser platformer. While this list isn’t ranked, it’s safe to say Super Mario Odyssey should be one of the first that you consider if you’re looking for a new platformer.

Ultimate Chicken Horse takes the Super Mario Maker 2 formula but injects a super fun competitive angle into it creating one of the best and most unique multiplayer platforming experiences out there.

Each game of Ultimate Chicken Horse will see players adding obstacles or platforms or death machines round by round to a level, the aim being to make it easy enough for you to traverse but not so easy that everyone can do it.

It’s a really interesting twist that makes every round a laugh out loud affair – whether it’s someone making a level virtually impossible to finish thanks to a poorly placed wall or a player falling just short of the goal thanks to a stray arrow whose trajectory has been diverted thanks to a black hole. A number of games on this offer some sort of multiplayer option but none do it quite like Ultimate Chicken Horse.

Where Yooka-Laylee and the Impossible Lair shares a lot in common with the Donkey Kong Country series, Unruly Heroes seems to take its inspiration from the recent Rayman outings – unsurprising given some of the development team worked on Rayman Legends.

Sporting a similar gorgeous hand-drawn art style, Magic Design Studios deliver an adventure full of whimsy, creative level design and fun co-op. Combat plays a larger role here than your typical platformer resulting in enemies that pose a larger threat and can’t simply be dispatched with a simple bonk on the head (like a certain plumber’s adventures).

Much like Flat Heroes this game may have passed you by without realising but it’s one worth checking out.

10. Yooka-Laylee and the Impossible Lair

Those clamouring for a new Donkey Kong Country look no further as Yooka-Laylee and the Impossible Lair delivers exactly what you’re after… just with a lizard and bat of course.

The switch-up between the 2D platforming of the actual levels and top-down exploration within the hub world is an interesting one albeit one that may not be to everyone’s liking. Still, this is a brilliant second effort for the series, with strong level design throughout, plenty of challenge and some unique ideas of its own.