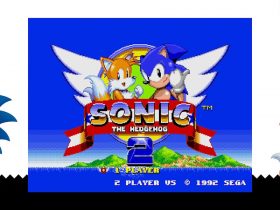 Nintendo systems are no stranger when it comes to the platforming genre, especially those of the 2D variety. The Nintendo Switch is no different already playing host to a number of big first and third party efforts like Kirby Star Allies, Donkey Kong Country: Tropical Freeze and Sonic Mania as well as plenty of excellent indie titles including Celeste and Flat Heroes. Even with so many great examples already available though, Ultimate Chicken Horse manages to revise the genre in some truly spectacular ways that make it feel wholly fresh and unlike anything else out there.

Ultimate Chicken Horse is a multiplayer focused experience that’s part 2D platforming and part Super Mario Maker-style building mechanics. Games are played in rounds, the aim of each to simply reach an end-goal flag in one piece. Sounds pretty standard for a platformer right? This is where the game gets interesting. At the beginning of every round players have the chance to choose one object – out of a small selection if playing Party mode or from the entire catalogue if in Creative mode – to place within the environment whether it’s a platform, collectable or dangerous obstacle. The idea here is that the level becomes too difficult for your opponents to complete but not so difficult you yourself cannot reach the finish. Points are then awarded (or not should everybody pass or fail) and the process repeats until a target has been met by one player. 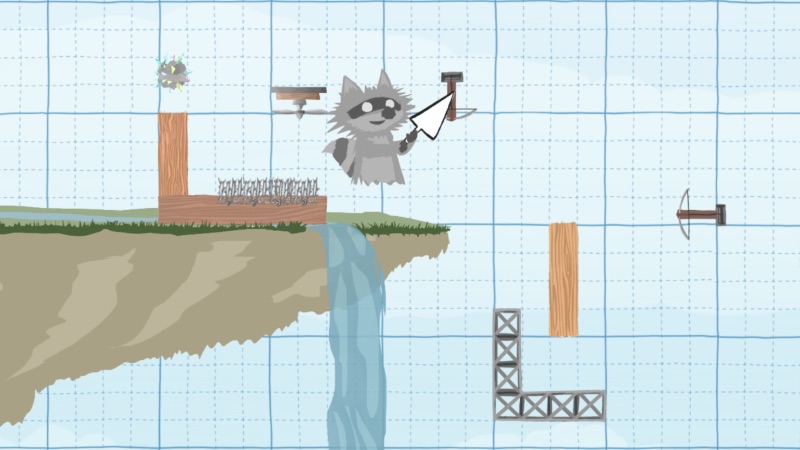 Stages in Ultimate Chicken Horse offer plenty of variety both in terms of environment and gimmicks featured. Early examples keep things relatively compact and simple having you make your way across farms, city rooftops and a dilapidated mansion complete with working elevator. Later maps meanwhile introduce unique ideas such as disco lights that obscure your view of the platforms and dangers ahead or a moving iceberg that carries you across the entire level. Of course, each of the game’s stages act as canvasses for its players to create their own nightmarish obstacle courses but still manage to offer enough to help give each its own sense of identity.

The game offers a good mix of objects to place within the environments, some helpful and a good amount simply there to take you out. Platforms come in many shapes and sizes with players able to use them to both help or hinder others. Machines that fire flaming tennis balls and hockey pucks are a great way to snatch a few extra points for eliminating others (although you’ll need to watch out yourself). Buzzsaws, swinging wrecking balls and collapsing platforms only further serve to make the stage even harder to traverse. A few personal highlights include black holes that suck anything nearby in (and can even alter the trajectory of projectiles) and teleport devices that depending on the user can be used to zap you directly to the flag or to an unfortunate demise.

Of course, all of this wouldn’t mean much if the game didn’t handle very well and fortunately Ultimate Chicken Horse delivers in this area. Sure it may not be the best in class but it certainly feels satisfying to play, offering plenty of freedom to manoeuvre your way gracefully through any difficult creations. You may only be able to run, jump and wall jump, but relying on these platforming 101 abilities makes for a far more rewarding feeling when you do best something particularly tough. The focus on simple manoeuvres also translates well to the Switch’s numerous control types. It is a shame you can’t map the buttons to your personal tastes but the default layout on offer does get the job done. 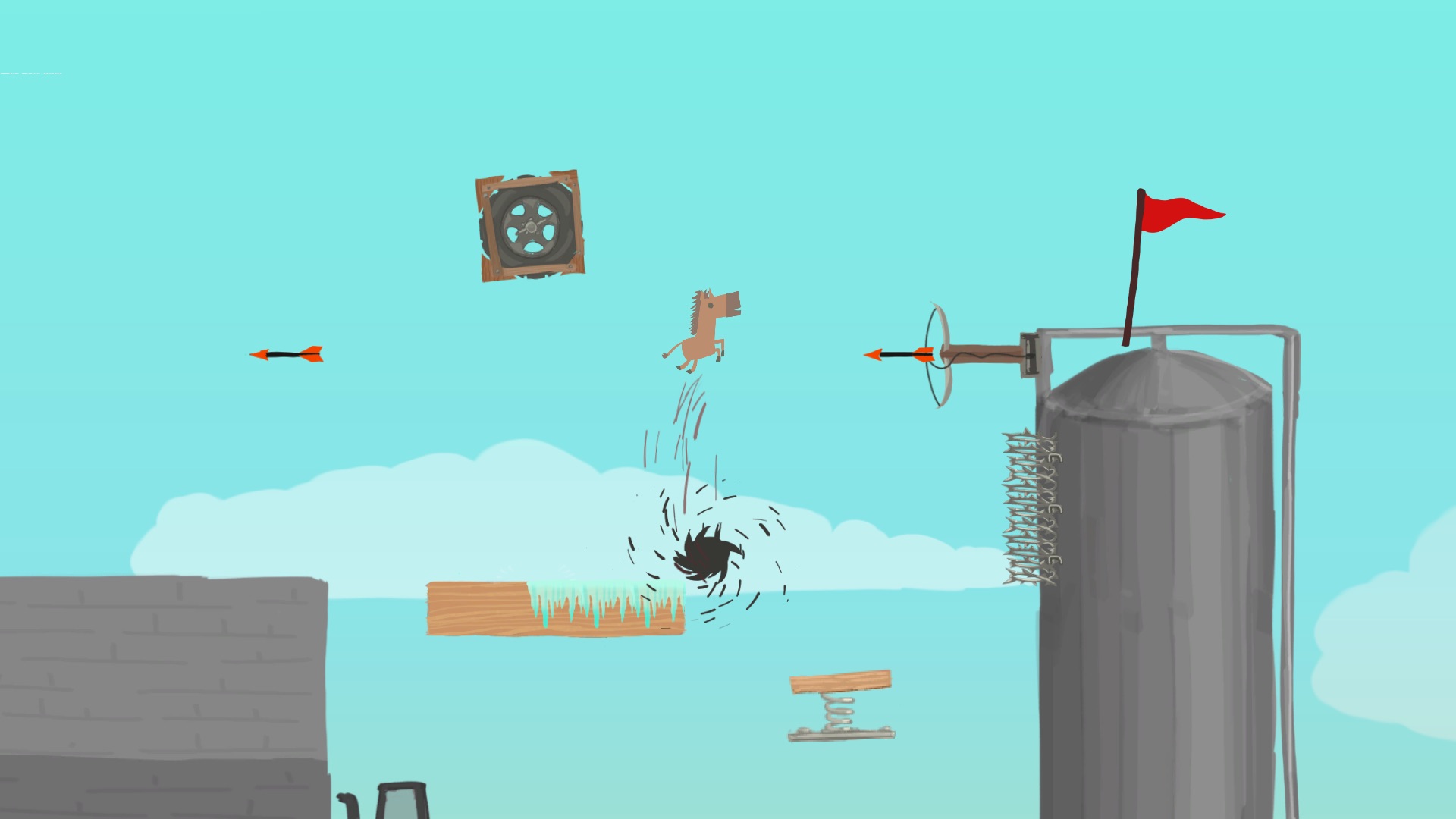 Beyond the game’s default multiplayer modes you’re also able to create and try out other constructions shared online. While the toolset may not offer the same level of complexities of Super Mario Maker there is enough here to create some truly devilish and interesting stages. The online sharing meanwhile caters to those who simply want to jump into levels without having to create anything themselves.

Ultimate Chicken Horse does offer online play, – including cross-play with PC users – a fantastic and essential addition for a game so heavily multiplayer focused. Local play is unsurprisingly the best way to play, however, especially given how much fun can be had from simply laughing and seeing the reactions of the other players as you screw them over.

Since the game has been out on PS4 and Xbox One for nearly a year and PC even longer, the Switch version comes packed with all post-launch content including the new Chimply Amazing update. A new character, additional stages and objects to use extend what is already a stuffed package however it’s the uPad that stands out most offering players the chance to customise their games in a number of ways. Whether it’s adjusting the scoring system, how players win or even the probability of certain objects appearing, there’s a lot of fun to be had simply messing with these options. One unexpected winning combination we found involved switching nearly all objects off beside the flaming tennis ball shooter and a few platforms. As you can imagine with so many projectiles flying all over the place, the chaos soon escalated. 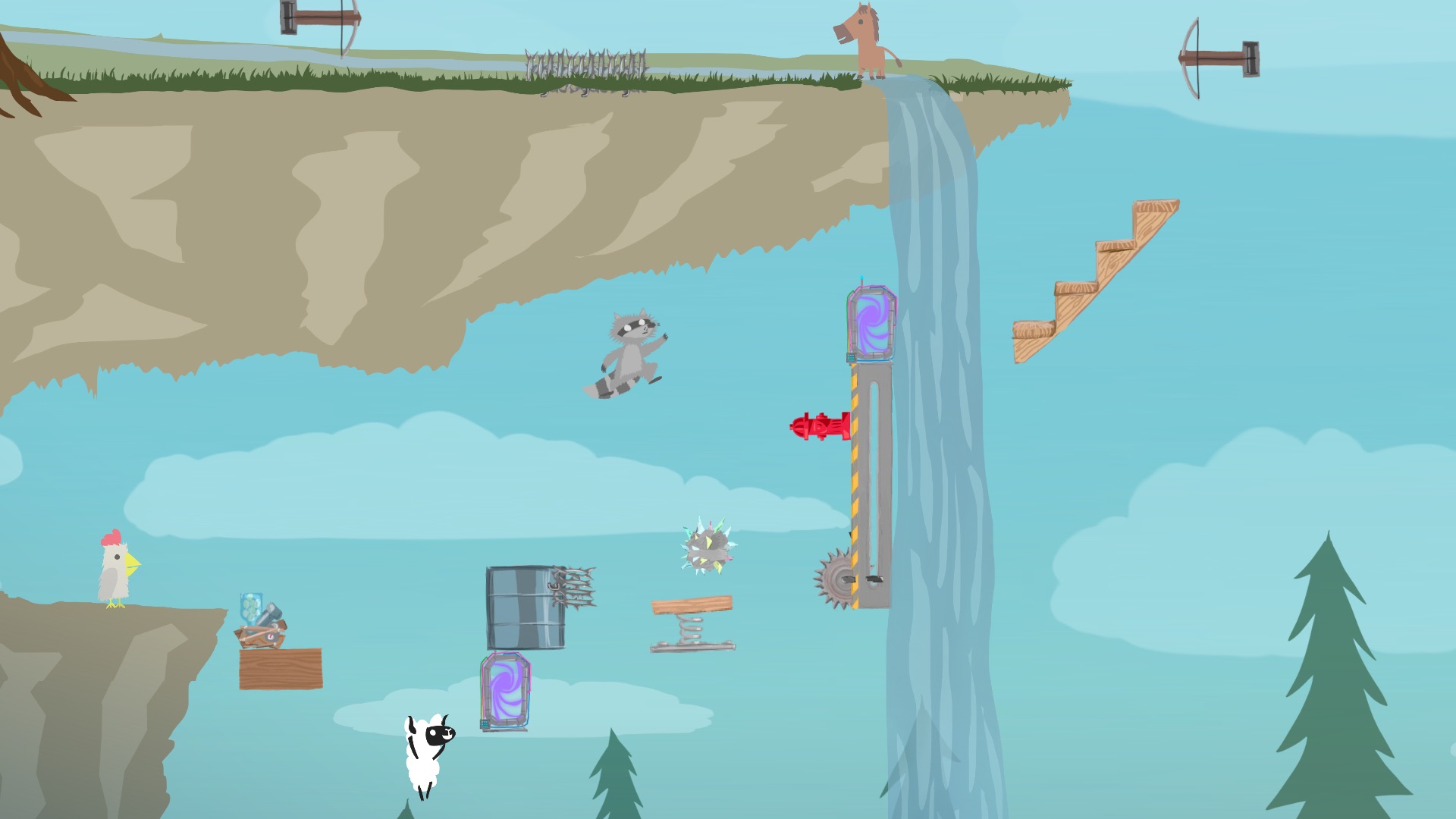 The visuals in the game offer a relatively simple and cartoony vibe but one that excels thanks to its wonderfully charming character design. Sure they may only be a selection of random animals, but everything from the way they walk and hop around to their cute dancing helps to add a layer of goofy appeal to each. Unlockable hats and outfits act as an incentive to return to certain stages and give your character even more personality. While the game runs great in both handheld and docked mode, the latter option is easily the preferred choice, the action tough to make out on the Switch’s screen especially as the camera pulls out to keep every player within the frame.

Rather than opt for a traditional menu, Ultimate Chicken Horse instead has you jumping around a neat hub to select stages, characters, modes and tweak options. Not only is this far more interesting for the players but also allows newcomers to at get to grips with how the game handles before getting into the real thing.

Ultimate Chicken Horse effortlessly combines level creation, solid platforming and brilliant multiplayer all into one fantastic package. It’s a game that continues to surprise and amuse in huge measures and if we do end up seeing a Super Mario Maker sequel in the future then Nintendo would be wise to take to note of what Clever Endeavour Games has accomplished here.