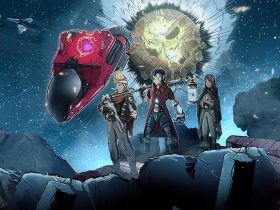 But, while game director Masahiro Sakurai has this week confirmed that the additional characters have now been selected, the timeline for their arrival – beyond Piranha Plant landing as an early purchase bonus in February 2019 – has remained unclear. That is, until now.

Nintendo has now confirmed that “each DLC pack available with the Fighters Pass will be released by February 2020,” pointing everyone to check the Super Smash Bros. Ultimate website “for exact timing and more details.” Those upcoming fighters will still remain a mystery for now, though.

“Since we already included every fighter from past games, that means there are no more fighters to include… unless we developer new fighters from scratch. And we’re not talking about Echo Fighters.

“We’ll be developing and selling sets that will include one fighter, one stage and multiple music tracks. The price for each set is expected to be £5.39 (€5.99). At the same time, we will offer the Fighters Pass. it’s a bundle that will give you access to all sets. That’s five fighters, five stages and all of their music tracks.

“When creating something like the Fighters Pass, ideally, we should reveal what’s included before it becomes available for purchase. However, please allow us to offer this pass before we’re ready to reveal its contents. I hope only those who are confident in its value will purchase it. The price is £22.49 (24.99) for all five sets. Now that we’ve finally confirmed the development of this DLC, please know that we’ll be working really hard on it.”