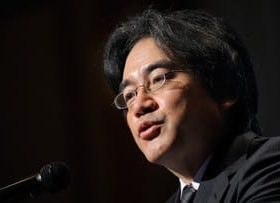 Iwata: Nintendo never intended Wii to be a casual console

Zumba Fitness 2 is to feature the hit track “Pause” from international music sensation and Sony Music recording artist Pitbull, an exclusive Zumba remix of “Poison,” the dance hit from Nicole Scherzinger, former lead singer of the Pussycat Dolls, and club favorite “We No Speak Americano” by Yolanda Be Cool & DCup.

Such a move marks the first time that commercial artist tracks will appear within a Zumba Fitness game and complements the full array of contagious tracks created by Zumba Fitness.

“These talented artists are played across the globe because their songs make people want to get up and dance,” comments Lisa Roth, Lead Producer at Majesco Entertainment. “We’re excited to pair our exclusive soundtrack with hot new choreography that will kick-start the workout and amp up the fun for millions of Zumba video game fans.”

Zumba Fitness 2 is due to release for Wii in November.