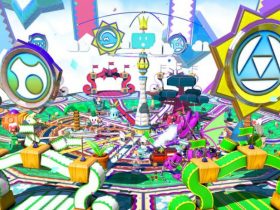 After letting it continue to tick over by itself for a while, Nintendo Video will at long last receive some more enticing content for you to check out.

Reportedly available from today, the free downloadable service will deliver heavyweights in The Legend of Zelda: The Misadventures of Link and Pikmin Nature Documentaries, as well as Bee and PuppyCat, Bravest Warriors, and Wildheart Riukiu.

More detailed information is as follows:

* Bee and PuppyCat: “A Cartoon Hangover Shorts fan favorite, this two-part series by Natasha Allegri follows Bee, an out-of-work 20-something who has a life-changing collision with a mysterious creature she names PuppyCat.”

* Bravest Warriors: “The latest hit show created by Pendleton Ward, the mind behind Adventure Time, follows four teenage heroes-for-hire as they warp through galaxies to save adorable aliens and their worlds using the power of their emotions. The series is produced by Frederator Studios and launched on the Cartoon Hangover channel on YouTube. New episodes of Bravest Warriors will appear every Friday on Nintendo Video.”

* Pikmin Nature Documentaries: “These ‘nature documentaries’ explore the wonderful world of the tiny Pikmin. The animations, highlighted by dramatic voiceover work, are a tongue-in-cheek take on safari nature shows.

* Wildheart Riukiu: “This new series of 3D shorts comes from the creator of Meat or Die, which has already amassed more than 5 million views on Nintendo Video. Wildheart Riukiu incorporates charming 16-bit graphics with some not-so-charming, but hilarious, characters. Think ninja puppets.”