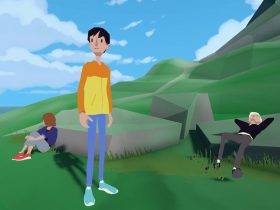 Raiser Games and U-Play Online have announced that YouTubers Life: OMG Edition’s release on Nintendo Switch has been pushed back a week.

Having already sold more than one million copies, the “ultimate life simulation game” presents the chance for you to become the most successful YouTuber on the planet.

That will require you to create videos, get more subscribers, attend events and interact with your fans to grow your channel, which can either be a Gaming Channel, Music Channel or Cooking Channel.

You will be in your parents’ house when you gain your first subscribers, views and likes. But, as your hard work sees you gain fame and fortune to become a popular influencer, the money that you make from your videos and the deals you sign with exclusive networks will eventually let you buy a mansion in outer space.